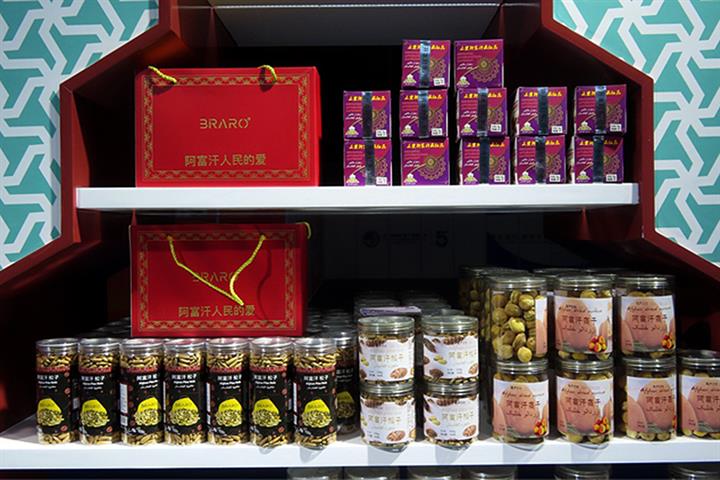 Participating in the fourth CIIE helped the Afghan businessman Ali Faiz to register his own company Biraro. His experience inspired others, including Ebadullah Azizi, to join him and bring Afghan products to the expo.

Azizi, who is studying in China, signed up to take part in this year’s CIIE, importing hundreds of carpets from Afghanistan. Deep-colored carpets are very popular in Afghanistan, but they do not sell well in China, as local consumers prefer light colors, Azizi told Yicai Global, adding that he is changing his imports based on the locals’ taste.

After last year’s expo, Faiz received a large number of carpet orders from all around China, including Shanghai, Beijing, and Liaoning province. More than 1,500 Afghan families were tasked with the orders, becoming an important source of income for them.

The carpets Faiz brought to the CIIE this year are more in line with Chinese consumers’ tastes, with some using modern patterns to attract young people.

Faiz has already started preparations for next year’s CIIE, as he is considering bringing Afghan pomegranates to China, hoping to continue the huge success of the pine nuts.