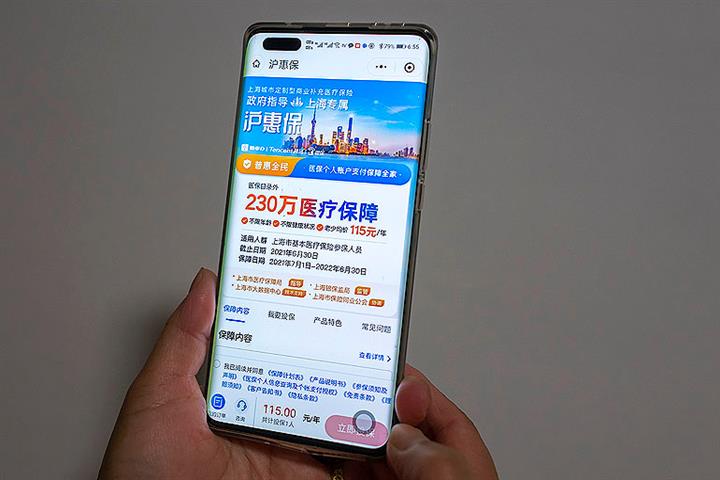 More than 2 million people have bought the product, sold as Huhuibao, from China Pacific Life Insurance or its eight partners over the first 31 hours since its launch, the Shanghai-based primary insurer told Yicai Global. The plan costs CNY115 (USD17.80) per year.

People aged between 31 and 80 years made up nearly 80 percent of the buyers, Yicai Global learned from CPIC.

Huhuibao pays up to CNY2.3 million (USD355,621) in compensation for medical expenses. It covers some hospitalization charges and certain 21 pricey drugs to treat diseases such as cancer. Moreover, it doesn't have restrictions related to the policyholder's age, employment, or health status.

The risk of adverse selection with such an inclusive plan cannot be ruled out but as so many people are expected to buy the insurance, it shouldn't be a problem, according to Liu Jie, general manager of a government-insurance cooperation department at a CPIC unit. Some 19 million people are part of Shanghai's basic medical insurance.

Some 30 to 40 percent of eligible residents may buy the economical plan so insurers can still make a small profit, Wu Guoliang, deputy secretary-general at the Shanghai Insurance Association, predicted in his interview with Chinese media.

Residents can use their personal medical insurance accounts to pay the annual fee by June 30. They can also buy the plan for up to five relatives, including their spouse, parents, or children.