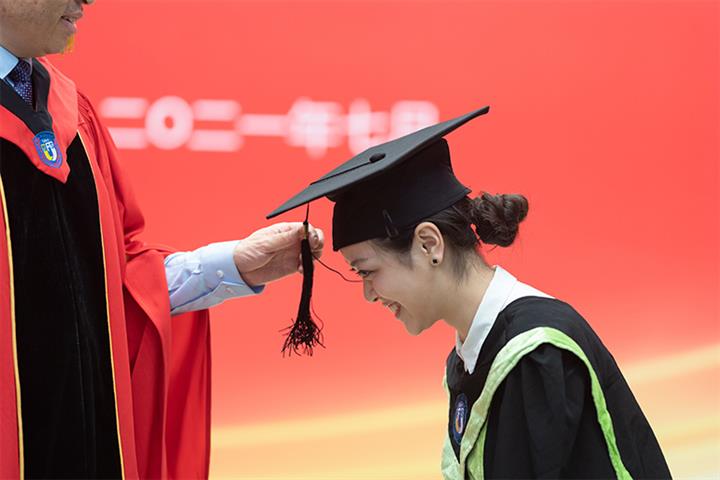 (Yicai Global) Sept. 13 -- As the first batch of Generation Z-ers, or those born after the year 2000, start to enter the job market in China, 67 percent are optimistic that they will be able to command a yearly salary of CNY1 million (USD155,000) within a decade of graduating, according to a recent survey.

Over 20 percent of students polled anticipate they will earn more than CNY10,000 (USD1,551) soon after graduating and 8.2 percent of boys and 3.25 percent of girls are banking on a monthly salary of CNY50,000, according to a survey by China Youth Daily released today which canvassed 2,700 students nationwide.

Tech firms ByteDance, Alibaba Holdings and JD.com are the three most sought-after companies to work for. Some 64 percent of students said they want to work in the internet sector after graduating. The recreation and education fields were the next most popular with 42 percent and 40 percent of pupils opting for them respectively.

Some 80 percent of respondents said they hate two-faced colleagues, 74 percent they most fear politics in the workplace and 67 percent said they put personal growth as the most important factor in seeking a job, above a high salary and sense of value.