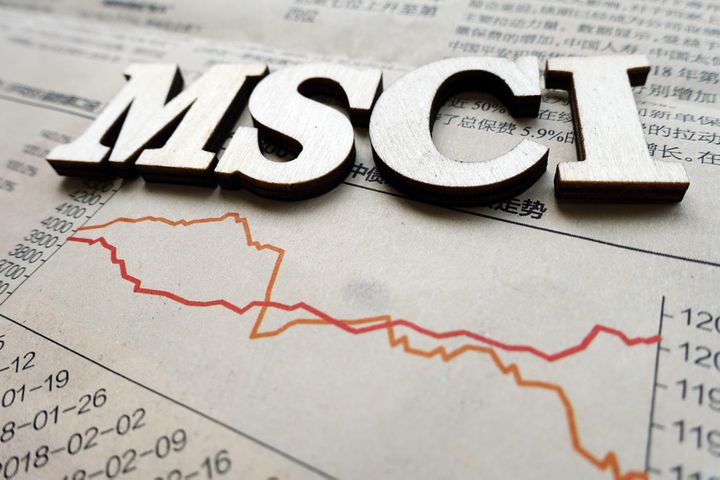 (Yicai Global) Nov. 8 -- Chinese capital markets could receive up to USD40 billion in foreign inflows after global index provider MSCI will complete its plan to reach a 20 percent weighting of Chinese mainland shares in its MSCI Emerging Markets Indexes on Nov. 26, according to a leading Chinese investment bank.

This adjustment will drive much bigger overseas capital inflows than the preceding two steps did, bringing in at least USD35 billion, Beijing-based China International Capital predicted in a statement.

The inclusion factor for the 268 equities will be lifted to 20 percent from 15 percent after markets close on Nov. 26, the New York-headquartered firm said in its semi-annual index review on Nov. 7. Chinese stock markets opened higher this morning prompted by the announcement.

In March, MSCI said that it will phase in Chinese shares, aiming for a quadrupled weighting by this month. Soon after, FTSE Russell and S&P Dow Jones followed suit. As a result, net inflows of foreign capital surged in the first three weeks of September to reach more than one-quarter of this year's total, the Economic Information Daily reported at that time.