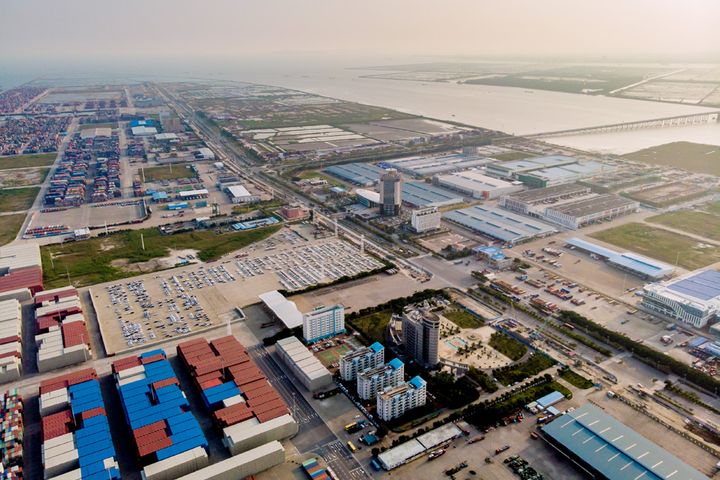 The first will be the Guangzhou Futures Exchange, for which preparations are already moving along smoothly, a manager at the zone's operating firm who chose to remain anonymous told Yicai Global. Guangzhou was the first city in China to handle futures transactions when it opened an exchange in 1993, but it shut down in 1998 as regulators looked to wipe out speculation.

Now with help from China's central government, the city hopes to build a new futures market whose first contract will be for carbon emissions, according to a development plan for the Greater Bay Area published by Beijing in February.

The FTZ is also getting its new international commercial bank underway, the source added. The lender will partner with influential institutions in Guangdong province, Hong Kong and Macao, he said, adding that it will focus largely on links between the mainland and the two special administrative regions.

The third new firm will be a life insurance joint venture with majority backing from Hong Kong-based FWD General Insurance and contributions from several insurers on the mainland, the source said.

The FTZ housed 6,439 financial companies as of April, some 52 times as many as in 2015, before it became an FTZ. Among these, 11 financial institutions hold official business licenses -- or 20 percent of the all such permits issued in Guangzhou.