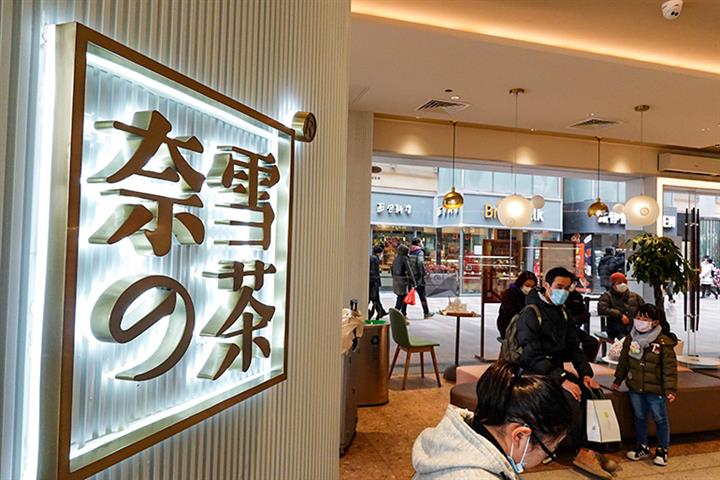 (Yicai Global) March 17 -- Shares of Nayuki Holdings surged after the Chinese bubble tea chain trimmed its prices following a similar move by main rival Heytea, which resulted in that firm taking a larger slice of the mid-range market.

The Shenzhen-based business cut the price of products costing over CNY30 (USD4.70) to CNY29, and bought out new items priced from CNY9 to CNY19, it said today. It also promised to launch a new product for under CNY20 every month.

After the changes, Nayuki's mainstream prices are range from CNY14 to CNY25, The Paper reported.

Nayuki said it has built a stable and efficient supply chain. Cultivating tea plantations and orchards with suppliers, enhancing digital management and brand bargaining power along with bulk-buying offers the room for price adjustments.

Rival Heytea, which is also based in the southern city of Shenzhen, announced price cuts in February, bringing products under CNY30 each and promising not to launch new ones over that price.

Competition in the bubble tea market has become more intense since last year, and consumers have become more price conscious. That has prompted high-end brands to use their scale to move into the mid-price segment in search of greater market share, The Paper cited Yu Jian, general manager of Kantar Worldpanel China, as saying.