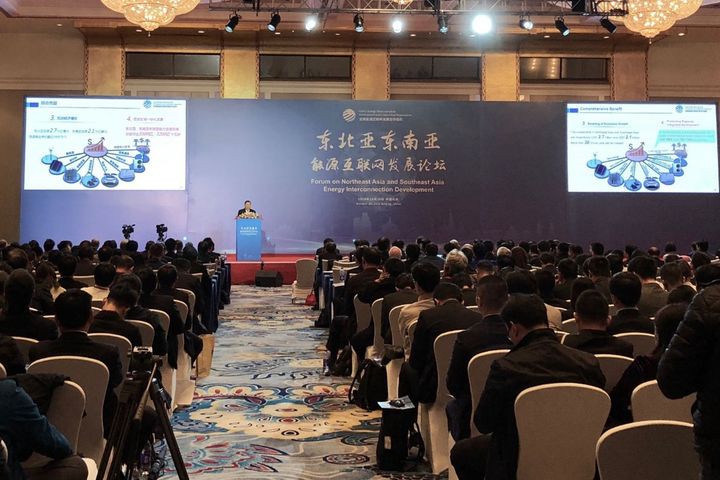 (Yicai Global) Oct. 17 -- The Northeast Asia energy interconnection project investment will be nearly USD2.7 trillion while that of Southeast Asia will be USD2.1 trillion. Clean energy will become Northeast Asia's major power source around 2030, the Global Energy Interconnection Development and Cooperation Organization said in a study.

The body, known by the acronym GEIDCO bills itself as "a non-governmental, non-profit international organization among willing firms, associations, institutions and individuals who are dedicated to promoting the sustainable development of energy worldwide."

The linked Northeast Asia grid requires focus on the development of the Russian Far East's hydropower, wind power in the Okhotsk Sea, on Sakhalin Island, in Northeast China, North China and Mongolia, Mongolian solar energy and other large clean energy bases, with a total technical exploitation amount of about 990 million kilowatts, GEIDCO said.

Northeast Asia will have its clean energy installed capacity top that of the fossil fuels and become the region's main power source around 2030, per the organization.

The Southeast Asia energy interconnection network must focus on the development of hydropower in the northern Indochina Peninsula, wind power and solar power in the southwest, and three major clean energy bases of the Kalimantan hydropower project on the Indonesian island of Borneo.

It also includes the construction of four cross-sea connections including those between the Indochina Peninsula and Sumatra, from Kalimantan to the peninsula, Java and the Philippines, and three inter-regional and inter-continental channels to China, Bangladesh and India, and Australia.

Southeast Asia will fill its newly added electricity demand with clean energy, basically solving the problem of non-electrified population after 2030, per the organization.

The current foreign oil dependence ratio of China, Japan and South Korea is more than 80 percent. Southeast Asia still has 65 million people without electricity and 250 million people who still use wood and coal for cooking and heating, the organization added.