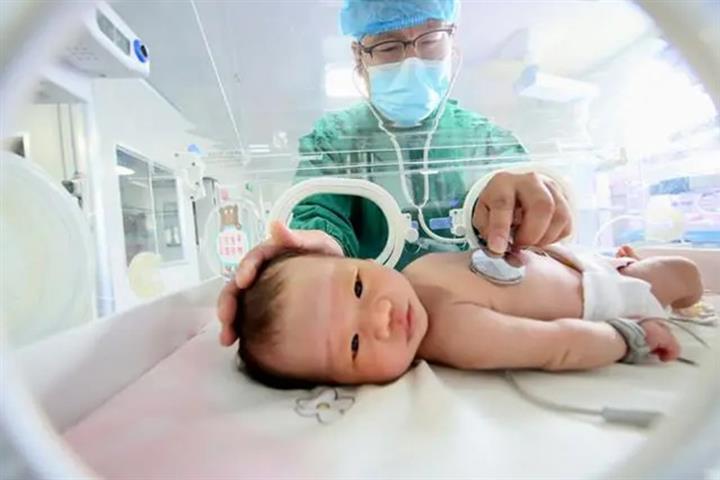 (Yicai Global) Nov. 18 -- Thirteen out of China’s 31 provincial-level regions, which does not include Hong Kong, Macao Special Administrative Regions and Taiwan, had negative population growth in 2021, as the country continues to battle a declining birth rate, according to the latest statistics.

China’s birth rate fell to a record low in 2021, despite a number of pro-birth policies rolled out by the government in recent years to encourage families living in the rapidly aging society to have more children.

Areas in the old industrial heartlands of northeastern and northern China are seeing an outflow of young people seeking a better future in the hi-tech hubs in the east of the country. While, places with a well-developed economy, such as Shanghai and neighboring Jiangsu province, are experiencing low fertility rates due to the high cost of raising children and other factors.

Although regions with a higher birth rate tend to less urbanized, Guangdong, which is the province with the biggest economy, ranked eighth with a fertility rate of 0.935 percent, tying with southwestern Yunnan province.

Guangdong’s population is growing due to large population inflows, most of whom are young people of childbearing age, said Peng Peng, chief executive of the Guangdong System Reform Research Society.

It also has to do with the traditional culture in southern China which favors big families. There were nearly 1.2 million newborns in Guangdong province last year, making it the only province with more than 1 million births for two straight years, data showed.

The province has had over one million newborns a year for at least 40 consecutive years, according to the province's statistics bureau.