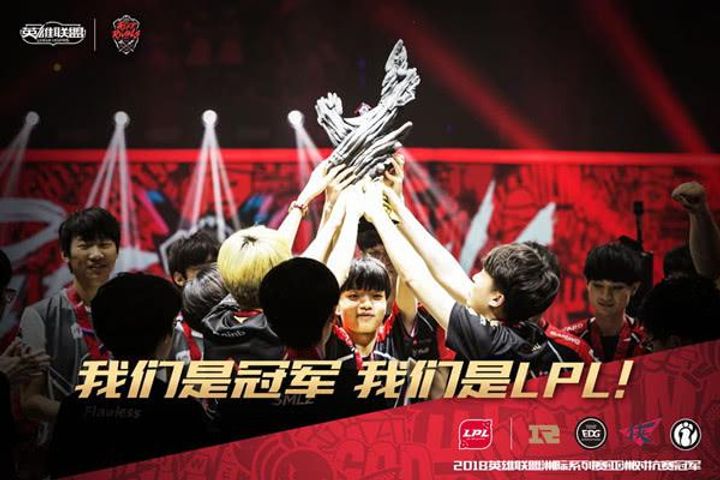 NESO 2018 Finals Will Be Held in December in Southwest China

(Yicai Global) July 30 -- Finals of the National Electronic Sports Open (NESO) 2018 are slated to be held this December in Chengdu in China's southwestern Sichuan province, the country's General Administration of Sport (GAS) recently announced on its website.

Four e-sports games will be included in the finals: League of Legends (LOL), Hearthstone, StarCraft II and PlayerUnknown's Battlegrounds (PUBG).

PUBG is played in the form of exhibition games, LOL is an invitation group played in five-versus-five mode, with the other games all one-versus-one, so the amount of prize money differs for each. The total competition purse is CNY890,000 (USD130,000), with CNY200,000 allotted to the invitational LOL champion, and CNY50,000 to CNY100,000 to the winners of the other games.

NESO, which GAS and Shanghai Sports Federation have endorsed, held its first finals in China's eastern Shandong province in 2014. A series of heavyweight heats in China's e-sports sector, it has designated different games each year since.

Players in the NESO finals are divided into an invitation group and a selected one competing within each group in a round robin to enter the quarter-finals. Players are weeded out in the quarter-finals through single-elimination. The invitation group is composed of professional players or teams, while the selection one is chosen by local sports agencies in offline competitions.

In addition to winning prizes and certificates, the champions and runners-up in each final competition qualify for selection as members of China's e-sports national team.

Long viewed as disreputable, the rapid growth of e-sports in recent years has attracted massive investment in the sector, and even raised six games -- including LOL -- to the status of competitive events in the 18th Asian Games starting Aug. 14 in Jakarta and Palembang Indonesia.

The Esports Liaison Group was also set up at the International Olympic Committee Esports Forum on July 21 in Lausanne Switzerland to promote the inclusion of these digital competitions in the Olympic Games, Sina Sports reported.

Whoever would have thought Pac-man, Pong and Space Invaders might morph into this?