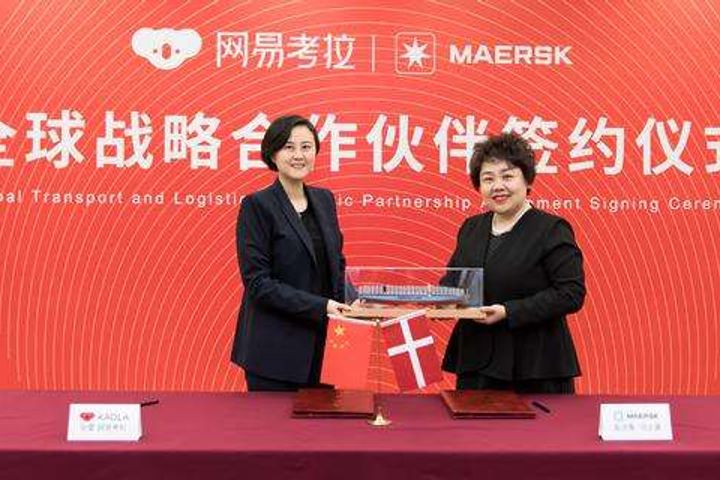 (Yicai Global) Oct. 19 -- Kaola, the cross-border e-commerce platform from Chinese tech giant NetEase, has agreed on a cooperation agreement with Maersk, the world's largest containership operator, to ensure stable deliveries during peak times such as the upcoming Double Eleven shopping festival, which arrives on Nov. 11.

The pair has signed a three-year deal to work together to ensure that the Danish shipper boosts the timeliness and flexibility of the Hangzhou-based firm's cross-border deliveries, domestic business and technology information provider TMTPost reported. The cooperation is focused on peak shopping periods such as the US Black Friday and Double Eleven.

Sales during Double Eleven, the world's biggest shopping festival, have broken records year after year since its creation in 2009. Turnover was a mere CNY50 million (USD7.2 million) then. Last year it reached CNY168.2 billion (USD24.3 billion), with transactions spanning 225 countries and regions and 90 percent of them made on mobile phones.

Kaola will provide domestic and overseas products and brands with transport and logistics services through Maersk's global systems in the corresponding sectors covering 130 countries worldwide. Kaola also works with Sinotrans and SF Express on ensuring deliveries are on time.

The speed and certainty of logistics are key measures of a company's supply chain capabilities in cross-border e-commerce. For Kaola, the slowdown in deliveries due to customs clearances and logistics efficiency for goods stored in bonded warehouses has influenced these indicators. NetEase Kaola intends to make pre-stage preparations and compete with cross-border rival units of industry heavyweights JD.Com and Alibaba's Taobao in terms of speed following the deal.

Set up in 2015, Kaola provides a cross-border platform for purchasing a wide range of products including babies and maternity products, cosmetics, food and home appliances. It has focused on the concept of operating independently and conducts direct purchasing.