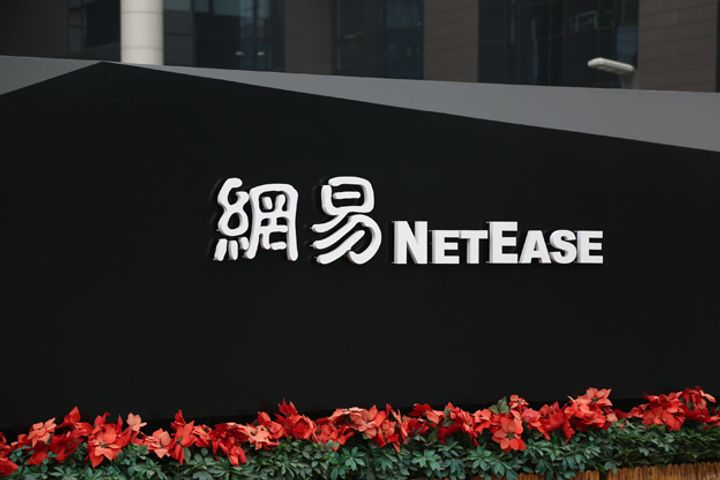 (Yicai Global) Aug. 10 -- Chinese Internet tech firm NetEase saw its share prices drift to a two-month low following a near 30 percent decline in its net profit for the second quarter this year.

NetEase pulled in net revenue of USD2.5 billion in the quarter, an increase of more than one-fifth annually but net profit fell 27.4 percent from a year earlier to USD318 million, the Beijing-based firm said in its interim earnings call.

The slump in profits weighed heavy on NetEase [NASDAQ:NTES] shares, which closed almost 11 percent down at USD225.22 in yesterday's trading, marking their lowest point since the end of May.

NetEase's online gaming segment posted net revenue of USD1.52 billion for the quarter, an increase of 6.7 percent while its e-commerce business grew by a little over three-quarters to USD660 million. Online gaming continued to produce the bulk of the company's overall revenue with a proportion of 61.76 percent.

The online gaming business maintained stable profitability, while the gross margin of the e-commerce business took a hit from strong promotions. The second quarter gross margin of NetEase's online gaming business climbed 1.2 percentage point in to 64.3 percent compared to the year-ago period, while that of e-commerce business fell 2.5 percentage points to 10.1 percent.