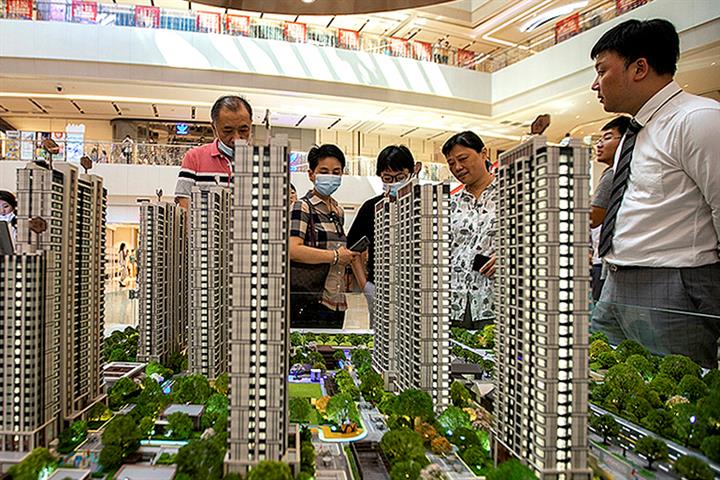 New Home Prices Fall in Fewer Chinese Cities in May

Forty-three of 70 big and mid-sized cities saw month-on-month declines in new home prices in May, four fewer than a month earlier, according to data the National Bureau of Statistics released today. For pre-owned homes, prices dropped in 53 of the cities, three more than in April.

Buyer confidence has not fully recovered due to uncertainty in delivery and an expected slowdown in income growth, according to industry insiders. Some real estate developers have started offering special deals and big discounts as listed builders come under greater pressure to perform better in the second half.

The trends for new and lived-in home prices diverged last month. In first-tier cities, new build prices rose 0.4 percent from a month earlier, up from a 0.2 percent increase in April. Meanwhile, second-hand prices were flat, ending five months of gains.

But as prices fall, transactions are picking up. Last month, the number of second-hand homes that changed hands jumped about 14 percent month on month in 50 monitored cities, according to Beike Real Estate Research Institute. Compared with last year, the fall in transactions has slowed.

The adjustment of credit policy in May has cut the cots of buying a home, according to the Beike Institute. Moreover, an increasing number of cities have eased rules on mortgages, purchases, and sales, which will help release demand. Supply in the market for second-hand housing is expected to increase along with stable prices in the second half of the year, it added.

Year on year, prices became more affordable. The number of cities with new home price declines from a year earlier was 46 in May, up by seven on April, according to NBS data. Meanwhile, the figure was 57 for second-hand properties, an increase of one city.

In first-tier cities, new home prices rose 3.5 percent in May from a year ago, slowing from 3.9 percent in April. Lived-in house prices rose 1.7 percent, down from a 2.4 percent clip the month before.