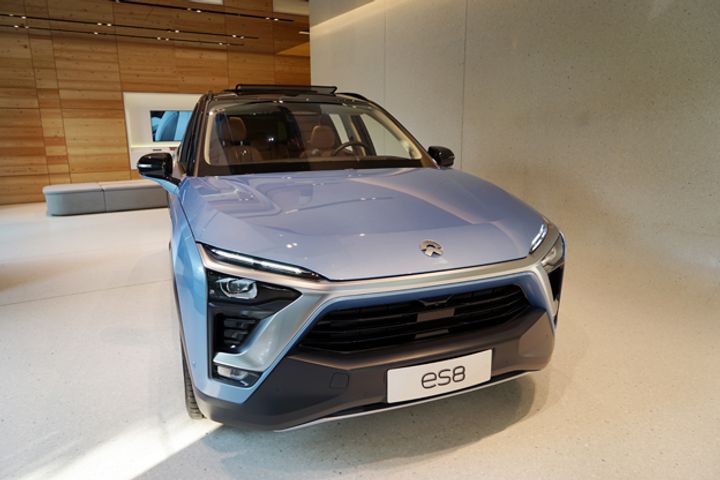 (Yicai Global) Nov. 15 -- A fleet of four NIO ES8s, which left from Beijing, arrived at the Houjie Service Area in southern Guangdong province on the G4 Expressway yesterday evening, marking the completion of the first highway battery swap station network set up by NIO, the Chinese electric car maker said on its WeChat account today.

NIO has built 18 swap stations in 14 service areas along the highway and will set up more along major highway networks nationwide next year so that its customers can enjoy the fast and convenient highway battery swap service, the company said.

The G4 Expressway is also known as the Beijing-Hong Kong-Macau Expressway, which runs through Beijing, Hebei, Henan, Hubei, Hunan, Guangdong, Hong Kong and Macau. It is the backbone of China's north-south traffic. The NIO cars covered a total of 2,234 kilometers from the Beijing Doudian Service Area to the Guangdong Houjie Service Area in 33 hours.

All owners of ES8 — a seven-seater high-performance SUV exclusively for the China market — starting version and those who pay for the ES8 basic version before Dec. 31 this year can enjoy a lifetime free highway battery swap service. The first such car owners can swap batteries on the highway 12 times for free following the expansion of the highway battery swap network, which ensures power for long-distance highway travel, NIO added.