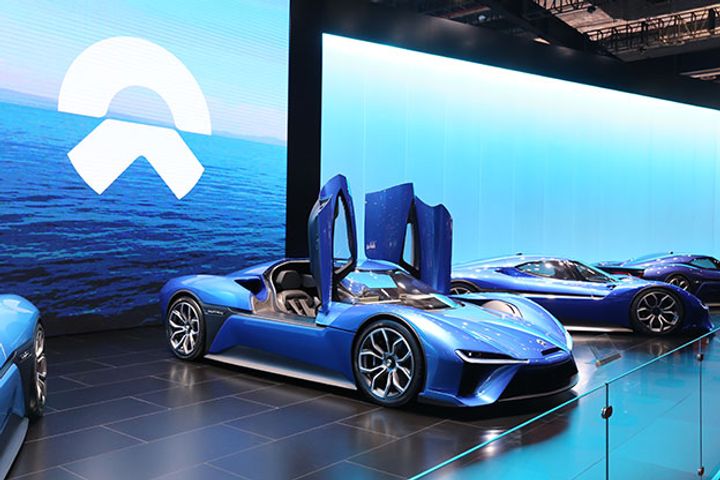 NIO Could Be First Chinese Electric Carmaker to IPO in US

(Yicai Global) March 2 -- NIO Automobiles Co. may become the first Chinese electric car startup to go public in the US as it seeks to raise as much as USD2 billion to fund expansion and investment in autonomous driving and battery technologies.

A valuation of USD2 billion would make it the biggest initial public offering by a Chinese company in the US since Alibaba Group Holding Ltd. secured USD25 billion in 2014.

Set up by internet entrepreneur William Li in 2014, the Shanghai-based automaker may float as early as this year, reports said in December. NIO, which has glitzy showrooms in major Chinese cities, has begun taking pre-orders and expects to start deliveries in the second half of the year despite concerns over possible delays.

"NIO can go public without products," an auto analyst said. "But whether it can raise money by listing a concept depends on investors."

The company has retained eight banks to advise it, including Morgan Stanley, Goldman Sachs, Bank of America Merrill Lynch and Citigroup, Reuters reported this week. NIO has made no final decision on an IPO, so details may change, an unidentified person with knowledge of the matter said.

"NIO is focusing on the manufacture and delivery of vehicles, while providing good service," the company told Securities Daily in response to reports of its US listing ambitions. "The company will not respond to news about financing."

NIO's contract manufacturer, Anhui Jianghuai Automobile Co. (JAC), lacks experience in producing all-aluminum car bodies, which may lead to delays. It is also questionable whether the pair have the manufacturing technology to make the equipment for changing batteries, which demands very high engineering design capacity and precision product manufacturing.