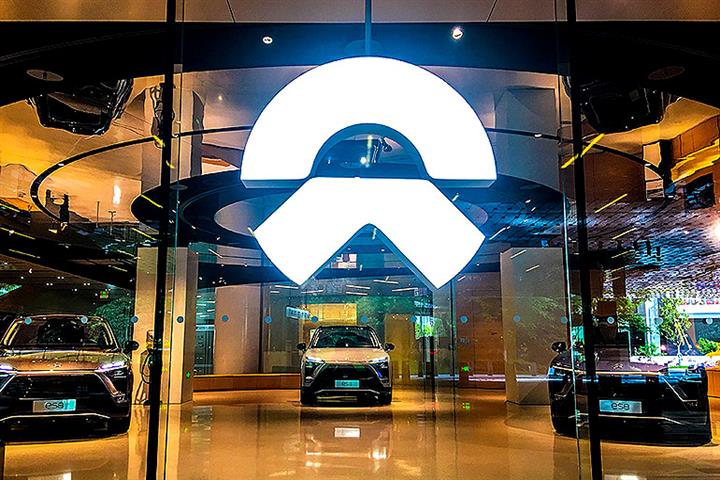 (Yicai Global) March 2 -- Nio’s shares fell in after-hours trading after the Chinese electric carmaker reported a wider-than-expected loss in the fourth quarter of last year and predicted a slowdown in vehicle sales this quarter.

As of 4.19 a.m. in New York, Nio [NYSE: NIO] was down 4.9 percent at USD47.70. The stock ended yesterday 8.7 percent higher at USD49.76. The Shanghai-based startup released its earnings results after the market closed.

Nio’s net loss attributable to shareholders almost halved to CNY1.49 billion (USD230.6 million) in the three months ended Dec. 31 from a year earlier, its financial report showed. That was 25.6 percent wider than in the third quarterand missed the average CNY757 million loss forecast by analysts, per Refinitiv data. Revenue more than doubled to CNY6.64 billion from a year ago.

For the full year, which founder and Chairman William Li described as “transformational,” the Tesla rival’s loss narrowed 51 percent to CNY5.6 billion, while operating income more than doubled to CNY16.3 billion (USD2.5 billion).

Nio expects to deliver 20,000 to 20,500 vehicles in the first three months of this year, an increase of between 15 percent and 18 percent on the last quarter. But that represents a deceleration from the last quarter’s 42 percent gain to 17,350.

First-quarter revenue could jump more than fourfold to CNY7.4 billion or as much as CNY7.6 billion, the company said.

The guidance is based on increased output. Nio and its manufacturing partner JAC Motors have started expanding production to make 150,000 cars based on one-shift work schedules and doubling that if working two shifts, Li said during an earnings conference call. Nio plans to double its investment in research and development to around CNY5 billion in 2021, he added.

That requires expanding the firm's charging network. Nio will start deploying its second-generation charging stations this year to have over 500 nationwide, Li said. It plans to build 300 fast-charging points and 10,000 charging piles this year, he added.

The tight global chip supply will not affect Nio's delivery much as the firm has effectively communicated with its upstream suppliers, Li said. But deliveries will remain at about 7,500 a month in the second quarter due to limited battery supply, especially of 100-kilowatt-hour packs, Li added.