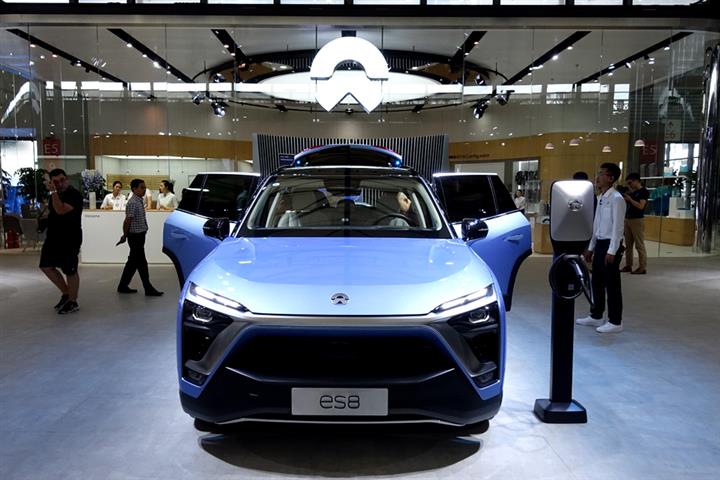 (Yicai Global) Nov. 18 -- Nio projects fourth-quarter revenue to gain by as much as 126 percent from a year ago as vehicle production and deliveries gather pace and the electric carmaker’s income outstripped expectations in the prior quarter.

Revenue may come in at between CNY6.26 billion and CNY6.44 billion (USD956 million to USD983.5 million) in the three months through Dec. 31, the Shanghai-based company said in an earnings report late yesterday.

The automaker forecast it will double fourth-quarter deliveries to between 16,500 and 17,000 from a year ago, which would also be an increase of about 35 percent to 39 percent from the previous quarter, when it delivered just over 12,200.

Nio is primed to boost production and deliveries, given growing market demand for the firm’s competitive products, founder and Chief Executive William Li said on a conference call with analysts after the earnings report was released.

In pre-market trading in New York, the carmaker’s stock price [NASDAQ: NIO] fell sharply before climbing. Nio was 1.6 percent up at USD47.34 as of 4.21 a.m. local time. The shares gained 2.2 percent yesterday to close at USD46.59.

For the three months ended Sept. 30, Nio’s net loss narrowed 58.5 percent to CNY1 billion from the same period a year ago on a 146 percent jump in revenue to CNY4.5 billion. That surpassed its own revenue estimate of CNY4 billion to CNY4.2 billion.

Nio attributed its solid performance to increased demand and output as well as lower unit manufacturing costs after material prices for its ES6 and ES8 models fell.

Nio sought double-digit gross margin and consolidated gross margin on car sales in the second half, Li said, adding that its third-quarter financial report shows the EV maker achieved that.