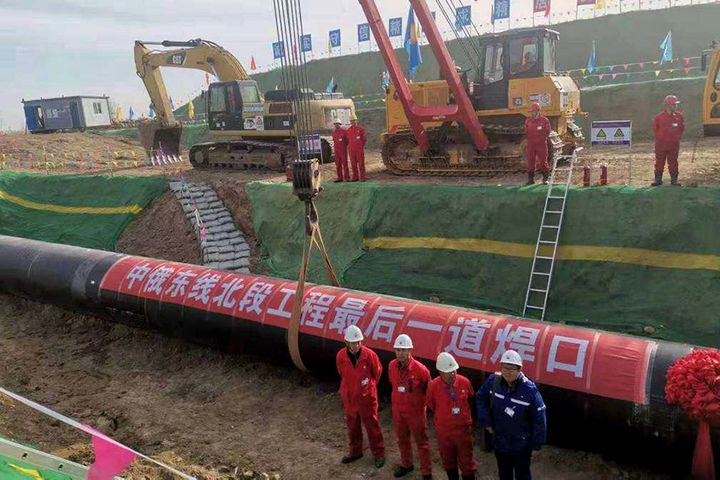 The pipeline will import 5 billion cubic meters of natural gas per year once it enters operation, China National Petroleum subsidiary PetroChina Pipeline, which built and managed the project, said on WeChat today.

The provinces of Heilongjiang, Jilin, Liaoning and Hebei and municipalities Tianjin and Beijing are all set to benefit from ensured energy supplies for the upcoming heating season while keeping coal-fired power and the resultant pollution to a minimum.

China's north is one of the country's most notorious regions for air pollution and has a life expectancy three years shorter than the south, according to a study published in 2017 in American scientific journal Proceedings of the National Academy of Sciences. Despite efforts to reduce smog, pollution increased in major northern regions during the first four months of this year, the environmental ministry said in May.

The world-class 5,111 kilometer pipeline runs from Heihe in Heilongjiang and spans nine provinces and municipalities, winding up in Shanghai. It is the longest natural gas pipeline in China and boasts a 1,422 millimeter diameter, X80 high-grade steel and pressures of up to 12 megapascals.