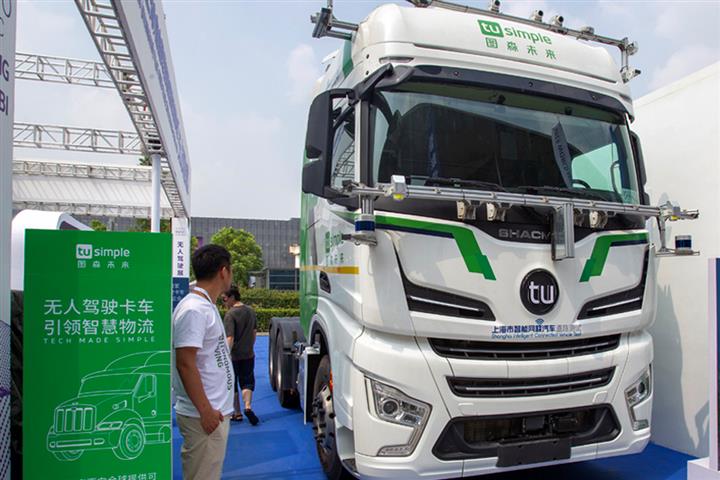 (Yicai Global) July 2 -- American-Chinese startup TuSimple is looking to kick off its first coast-to-coast autonomous truck route in the States by 2023.

The route should connect Phoenix, Tucson, El Paso, Dallas, Houston, and San Antonio by next year and reach both East and West Coast, namely Los Angeles and Florida's Jacksonville, by 2023. The plan is to add routes throughout the lower 48 states by 2024 to create a nationwide network.

During this quarter, TuSimple will build a new shipping terminal in Dallas to complement its seven existing routes between cities including Phoenix, Tucson, and El Paso.

Founded in 2015, TuSimple has raised USD298 million from investors such as Nvidia and Sina, according to Crunchbase. It tests its vehicles in places including Lin-gang New Area in the Shanghai Free Trade Zone.

The new network should make cargo delivery safer and more efficient, according to the company. TuSimple's fleet consumes 10 percent less fuel than traditional trucks and can drive 24/7, it added.