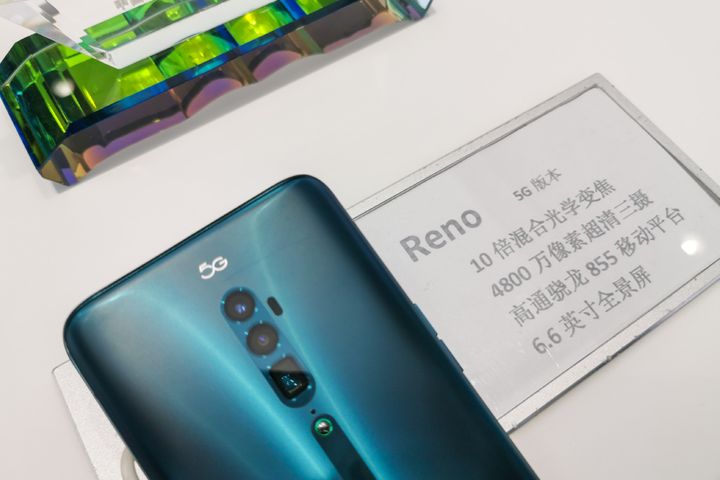 (Yicai Global) July 17 -- China's Oppo Mobile Telecommunications, which released Europe's first fifth-generation wireless phone, is expected to launch Oppo Reno 5G in the third quarter of this year in China after receiving a permit to enter the public telecoms network.

Oppo has obtained the approvals it needs from the radio agency under the Ministry of Industry and Information Technology and the China Quality Certification Center, Tencent-backed QQ News reported today.

Oppo's network license comes on the heels of that of Huawei Technologies. On June 25, Shenzhen's Huawei announced that it has received a similar permit for its Mate 20 X. The plan is to release the product at the end of this month for it to become the nation's first 5G mobile phone. That means that either of the two Chinese firms may snatch that title.

In May, Oppo launched its Oppo Reno 5G in Zurich, Switzerland. After that, the Dongguan-based firm expanded its sales of the model to other countries around the world. The starting price in Switzerland is CHF999 (USD1,012).

The CCC has so far given the green light to eight 5G phone models in China, according to the national product certifier. Four of them are produced by Huawei while others come from Oppo, Vivo Communication Technology, OnePlus Technology, and ZTE.

Oppo Reno 5G has done well in internet speed tests. It reached a peak of 1.5 gigabits per second in download speed, after which it averaged at 1.4 Gbps which is much higher than expected, as well as nearly 50 times the pace of 4G phones.