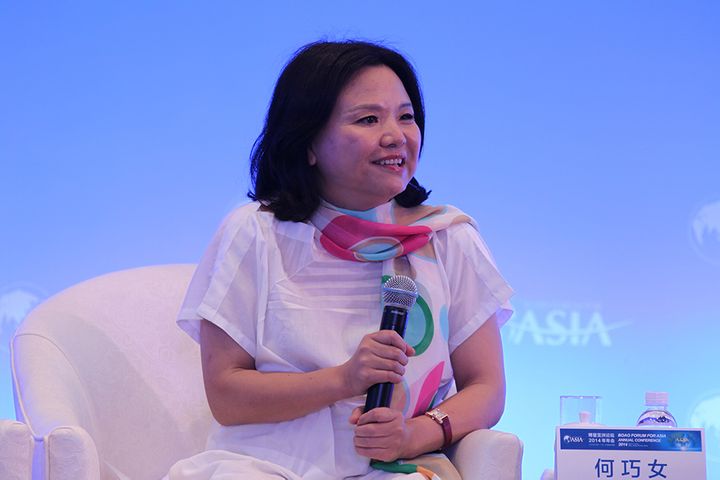 (Yicai Global) Nov. 1 -- Orient Landscape & Ecology founder He Qiaonv has quit as chairwoman and legal representative of what was once China's largest landscape architecture firm three months after relinquishing control, according to corporate registration data.

Taking over the helm of the Beijing-based company is Mu Yingjie, who is also general manager of major shareholder Beijing Chaoyang State-Owned Capital Operation Management Center. Mu has no personal stake in Orient Landscape and has no association with shareholders with a 5 percent stake or more, Yicai Global has learned.

Founded in 1992, Orient Landscape's business mainly rests on public-private partnership projects. The firm has been cash-strapped since May last year because of leveraged mergers and acquisitions and advance PPP fund payments. It has been the target of multiple claims over defaults on wages and payments to suppliers.

He and her husband Tang Kai were to transfer Orient Landscape's controlling stake to Chaohuixin Enterprise Management, a wholly-owned unit of Beijing Chaoyang, the firm said on Aug. 6. The deal delivered a 5 percent stake in the company to Chaohuixin for CNY792 million (USD112.5 million), with an unconditional and irrevocable entrustment of voting rights to it based on its 16.8 percent holding.

Beijing Chaoyang bought a 5 percent stake for CNY1 billion (USD142 million) from He and Tang via its Yingrun Huimin Fund Management Center subsidiary in December. Two further equity transfers have since pared the couple's stake to 39.1 percent.

Orient Landscape's shares [SHE:002310] plunged from CNY19.5 (USD2.77) on May 17 last year to CNY14.7 a week later and the firm suspended trading one week after that. It resumed after a three-month hiatus but continued its descent, bottoming out at CNY4.9 in late May. Its stock is now hovering at around CNY5.

Orient Landscape reported CNY3.8 billion in revenue in the first three quarters, down 60 percent from a year ago, and a net loss of CNY886 million, according to its financial report released on Oct. 30.

The company transferred a controlling stake on Sept. 30 and its liquidity and finances are recovering, it said, but projects a net loss of CNY350 million to CNY100 million this year. It posted CNY2.1 billion and CNY1.6 billion in net profit in 2017 and last year.