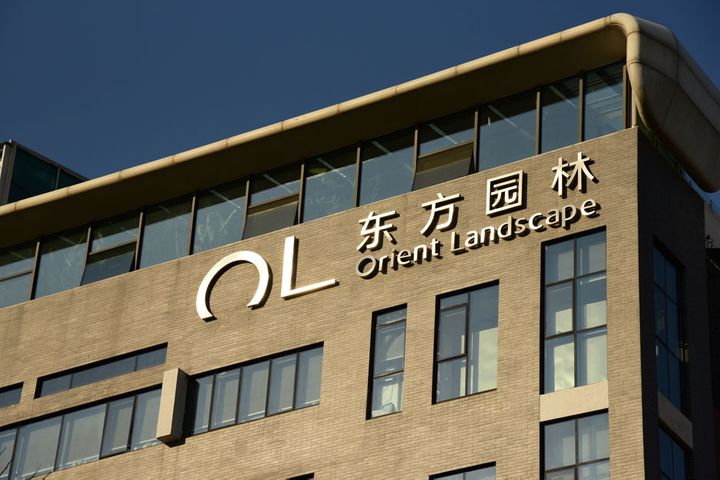 He will also entrust her voting rights to allow the government-run asset management firm to take control.

He and her husband, Tang Kai, will sell the shares via a transfer  agreement, Orient Landscape announced today. The buyer is Beijing  Chaohuixin Enterprise Management, a wholly-owned unit of Beijing  Chaoyang State-Owned Capital Operation Management Center. The  announcement provided no further details of the transaction.

He and her spouse hold about 44 percent of Orient Landscape, but more than 70 percent of their shares are pledged for equity financing to service  debt. The company's assets of CNY900 million (USD131 million) have been  frozen by the government, the latest public information shows, and a  court also blacklisted He as a deadbeat debtor on July 22, which means  she is barred from air, ship and high-speed rail travel, hotel stays and  other forms of extravagance.

Formed in 1992, Orient Landscape researches, develops, cultivates and supplies horticultural plants, and provides landscape design, project and  maintenance services. It was once China's leading private garden  contractor, but has been in a debt meltdown since last year's second  half. The firm has also been the subject of scandals over defaults on employee's wages and supplier's payments on multiple occasions.

The company projects first-half losses of CNY550 million (USD80 million) to  CNY750 million, the firm's results issued on July 12 show, compared  with CNY664 million profits in the same period last year. The company  cited a changing financial environment and sector policies as the causes  of this swerve into the red and pledged to focus on retiring a large  mass of interest-bearing debt, which it also blamed as a factor.

Orient Landscape [SHE:002310] has suspended trading as of today because of this pending change in control, it announced. The closing price of the previous trading day was CNY5.90 (USD0.86), up over 2 percent, and its market capitalization was about CNY15.8 billion (USD2.3 billion).
Editor: Ben Armour