‘Out of Control’ Tesla Cars Were Behind a Number of Accidents, Report Says
Xu Wei
DATE:  Sep 10 2020
/ SOURCE:  Yicai 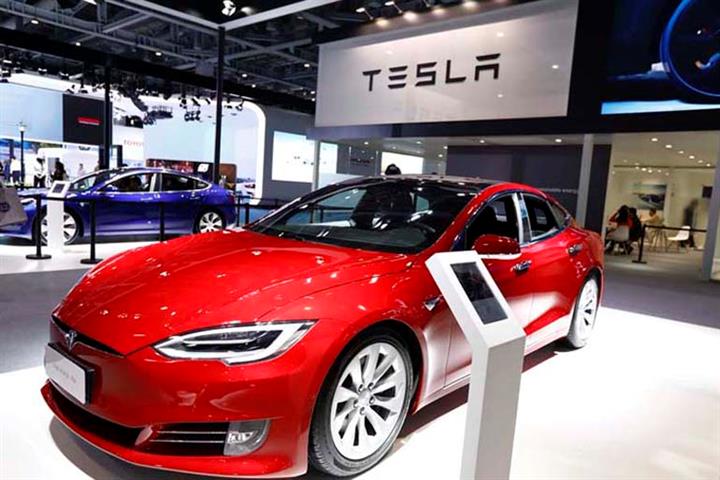 ‘Out of Control’ Tesla Cars Were Behind a Number of Accidents, Report Says

(Yicai Global) Sept. 10 -- Tesla vehicles do 'accelerate unexpectedly,' the National Business Daily reported today, citing a number of car owners despite the US electric car giant insisting there are no such glitches.

There have been four accidents involving ‘out of control’ Tesla vehicles in China since June, each caused by an ‘unexpected acceleration’ of the auto.

On Sept. 5, a Tesla vehicle hit and killed two pedestrians, injured six and damaged a number of cars in Nanchong, southwestern Sichuan province.

Tesla China is actively co-operating with the local police, a spokesperson said on Sept. 7, adding that the final results of the investigation were not yet available. The Shanghai-based unit also did not say whether the Nanchong accident was a result of the vehicle being ‘out of control.’

On June 16, a Tesla Model 3 owner in Nanchang, southeastern Jiangxi province claimed that his car all of a sudden started to gain speed, reaching 127 kilometers an hour from around 60 km/h. He was unable to slow it down using the brakes and the vehicle sped out of control for eight kilometers until it hit a mound, rolled over and burst into flames.

Similar incidents happened in Shanghai and Wenzhou, southeastern Zhejiang province last month with the cars allegedly ‘out of control’ and the brakes failing.

It is hard to believe that an experienced driver would step on the accelerator instead of the brake, said a Tesla Model 3 owner. The driver was obviously awake as he drove the car into a mound to try to stop it.

As of January, 110 accidents involving Tesla cars that injured 52 people had been reported to the National Highway Traffic Safety Administration. It had received a total of 127 complaints involving the Models 3, S and X, most of which were manufactured between 2013 to 2019.