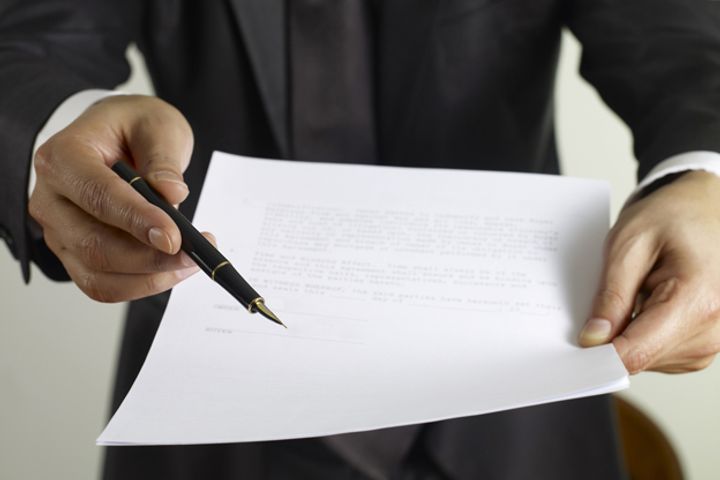 (Yicai Global) June 7 -- More than 160 Fortune 500 companies and leading enterprises have so far signed up for the first China International Import Expo, which will be held in Shanghai in November, which marks a significant success on the part of the organizing bureau given the short period of time for preparations and immense tasks it has undertaken.

Enterprises from more than 120 countries have registered for the Expo, the bureau said in its progress report. The scale and reputation of the participating companies which will exhibit first-class products will lay a solid foundation for holding a world-class Expo, said the organizer, the China International Import Expo Bureau.

The bureau also vigorously encouraged and introduced high-quality enterprises and products from the countries along the Belt and Road Initiative, a grand plan for a vast infrastructure and trade route boasting a major network of railroads, highways, ports and pipelines embracing the continents of Asia, Europe and Africa, and actively supported enterprises from the underdeveloped countries to participate in the Expo, it said.

The overall level of exhibits will set benchmarks and first-class standards, highlighting high-quality and rich varieties of products to provide domestic and foreign buyers with more choices and will enhance the effectiveness of the Expo.

According to the expo promotion plan approved by the central government, the first import expo will invite more than 150,000 domestic and foreign buyers to attend the fair. Led by government delegations, it also includes local delegations, state-owned enterprises, and overseas representations. All of the 98 state-owned central enterprises will make up the first group of buyers.

On May 23, a video conference call for the first session of the delegations for the Expo was held in Beijing. China's Minister of Commerce Zhong Shan delivered a speech at the meeting.

The work to form the local delegations is underway. All provinces, autonomous regions, municipalities, cities, and the Xinjiang Production and Construction Corps, a unique economic unit, formed a delegation respectively and they will organize enterprises in their respective jurisdiction areas to participate in the Expo.

The Expo is currently focusing on targeted promotion and optimizing the infrastructure for buyers. The Expo promotion work has strengthened data analysis to make targeted purchasing list for local delegations. A global road show will also be held to invite overseas buyers to participate in the Expo.

The first import Expo will actively promote matching services before, during and after the fair, as well as online and offline features to provide value-added services for exhibitors and buyers.

The first business matchmaking meeting was held at the end of April. More than 100 buyers from 47 central enterprises, local state-owned enterprises, large private companies and foreign-funded leading firms were invited to attend the meeting to meet exhibitors from 25 Fortune 500 companies and leading firms. It has achieved good results, and exhibitors and buyers expressed satisfaction.

The China International Import Expo Bureau will also organize a monthly supply and demand matching meeting for buyers and exhibitors to promote effective and accurate communication between the two parties before the Expo starts to help expand transactions. On June 14, the bureau will hold the food exhibition business matchmaking meeting. Some of the exhibits will be on show for prospective buyers.

The bureau actively plans related supporting events for the expo. It will organize high-level and high-quality activities to enrich the exhibition function, enhance the value of the fair, and promote more deals.

At present, transformation and renovation work of the main venue is making good progress. The import expo bureau in conjunction with relevant authorities in Shanghai to urge the engineering design units and construction units to speed up the progress and ensure the projects will be completed with high quality and on time.