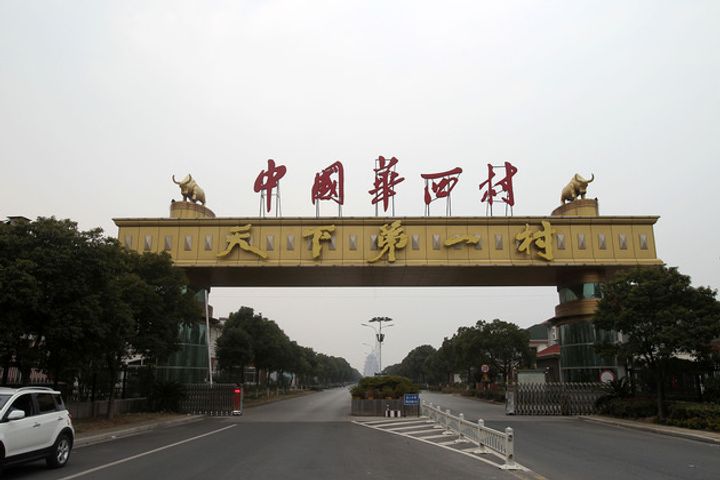 (Yicai Global) March 15 -- The central company in eastern China's Huaxi Village, a lavish socialist settlement once coined as the 'richest village' in the country, has denied media reports that it is facing cash flow issues caused by indebtedness and stock pledging.

Huaxi Group is doing well so outsiders must have misunderstood its situation, Chairman Wu Xieen told National Business Daily. Jiangyin's municipal government has negotiated on behalf of the village to help it get better terms for its high-interest debt, Wu added.

Huaxi's shareholders have been pledging an increasing number of their stocks as collateral for loans this year. The city of Jiangyin has requested Wuxi's regional government to include Huaxi in the list of firms that can be salvaged by a bailout fund.

Huaxi Village, also known as the 'Number One Village Under The Sky,' was founded in 1961 in Jiangsu province as an example of a socialist model where healthcare and education are free and each new resident is given a villa and a car.

Most of the 2,000 residents work for regional companies and get 30 percent of their salaries in cash but the rest stays tied-up in assets, which they cannot take out in the event of leaving the settlement. Huaxi, the biggest collective in the area, makes steel, chemical fiber, and clothes.

The parent's total assets were CNY54.8 billion and liabilities CNY36.9 billion so the debt ratio was 67 percent as of the third quarter of 2018, the Shanghai Clearing House said in a financial report. These liabilities included short-term loans of CNY5.7 billion, and CNY2.8 billion worth of bonds due within one year.