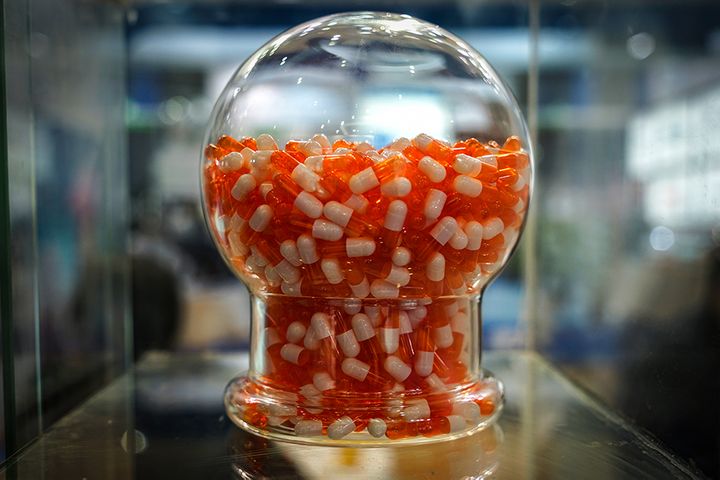 (Yicai Global) Sept. 10 -- International pharmaceutical companies regard China as an important research and development base, according to executives at the CIIE Healthcare Exhibition Area Anticancer Conference today. Paying closer attention to the Chinese market, they plan to bring their latest drugs and devices to the second China International Import Expo next month.

Merck will showcase high-quality innovative medicines, vaccines and animal health products and services in its 800-square-meter booth at the expo, according to Zhang Likun, Merck China's vice president and head of strategy and business planning.

Pfizer will unveil a variety of innovative drugs at the CIIE, including its new oncology drug Ibrance, which combined with endocrine therapy can add 10 months to progression-free survival, said Wu Kun, Pfizer China's general manager.

Many of the products exhibited by Swedish firm Elekta at the first CIIE have since been deployed in China. Its precision adaptive gamma knife Leksell Gamma Knife Icon has been put into clinical use, and the new generation of intelligent radiotherapy platform Elekta Axeese has also been installed in several hospitals.

Johnson & Johnson inked supply deals with more than 50 well-known Chinese hospitals at the first expo. Its sales of new anti-rheumatic biologics, such as Himpini, have more than doubled in addition to those of large medical devices.

Roche has expanded its exhibition area at the upcoming CIIE to 700 square meters, and will showcase new products and technologies in the fields of breast cancer, influenza and cancer immunotherapy.

The second CIIE will be held at the National Exhibition Convention Center in Shanghai from Nov. 5 to 10.