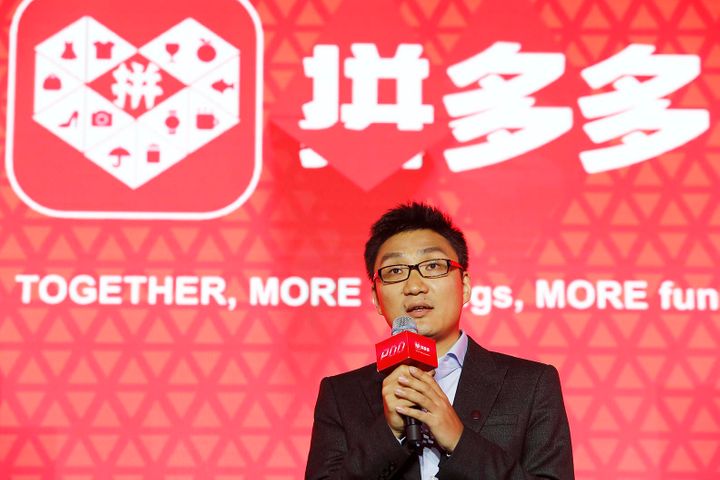 (Yicai Global) March 20 --  Huang Zheng, the founder and chief executive of Groupon-like Chinese  application Pinduoduo, has entered a club of billionaires who are under  40 years of age for the first time, and immediately ranked second  globally, tailing Mark Zuckerberg.

Huang and Facebook's co-founder Dustin Moskowitz shared the  second place with CNY100 billion (USD15 billion) in wealth, according  to the Hurun Global Under Forty and Self-Made Billionaires 2019 report  which was published yesterday. Facebook's Chief Executive Zuckerberg led  the group with a fortune of CNY540 billion. The report is a snapshot  from Jan. 31.

The list included 46  people from 19 cities all over the world, with one more person added  from last year. The US triumphed with 21 participants and China followed  with 16. The pair accounted for 80 percent of the world's most  successful young entrepreneurs, and their two cities of Los Angeles and  Beijing were drawing most of the talent.

Zhang Yiming, the founder  of Beijing's ByteDance Technology which runs TikTok video app, tripled  his fortune in one year to CNY95 billion, ranking fourth. Wang Tao, the  founder and chief executive of drone maker SZ DJI Technology, ranked  sixth in a tie with a wealth of CNY45 billion.