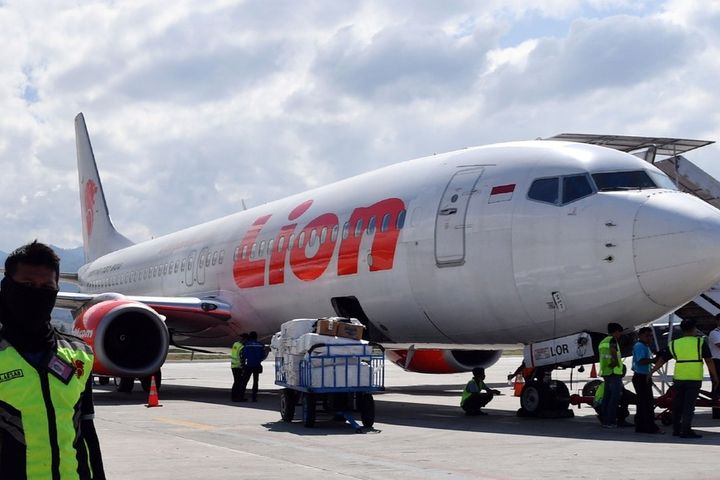 Plane That Killed 189 in Indonesia Was Leased From Chinese Firm

(Yicai Global) Oct. 29 -- The aircraft that crashed into the sea off the coast of the Indonesian capital killing all 189 passengers and crew on board was on lease from China's CMIG Aviation Capital.

The narrow-bodied Boeing 737 Max 8 was an upgraded variant of Boeing's 737 with a new engine. The prototype debuted in December 2015 and completed its maiden flight in January 2016. CMIG Aviation Capital, a subsidiary of China Minsheng Investment Group, delivered it to the budget carrier in August.

CMIG Aviation is "saddened by the crash," the Tianjin-based company said in a statement sent to Yicai Global. The firm is "in close contact with Lion Air, Boeing and other institutions," it added.

The company is an aircraft leasing business with offices in Hong Kong, Ireland and Singapore. Its fleet of 21 new, modern trunk route aircraft are on long-term lease to 15 airlines in eight countries and regions. The downed plane had completed 800 flight hours since its delivery, according to Suryanto Cahyono, head of Indonesia's transport safety regulator.

"It is a common practice in the global aviation industry for airlines to lease large aircraft," CMIG Aviation added, saying that the planes are fully insured.

Debris such as safety vests and personal belongings have been found in the sea near the town of Karawang in West Java province, Muhammad Syaugi, chief of Indonesia's search and rescue agency Basarnas, said at a press conference.

A Lion Air Boeing 737 bound for the Indonesian resort island of Bali crashed into the sea and broke into two pieces in April 2013, injuring 45 of its 108 passengers.

Founded in 1999, Jakarta-based Lion Air claims about 45 percent of Indonesia's market and is owned by privately held PT Lion Mentari Airline. The airline has had six accidents since 2002, four in Boeing 737s, one of which caused injuries. The EU banned several Indonesian airlines for failure to meet safety standards, with Lion Air on the list until its 2009 reinstatement to the trade bloc's good books.

"As the largest domestic operator in Indonesia, safety and reliability are our top priorities," Lion Air Group Chief Executive Edward Sirait said at the delivery ceremony for the downed Boeing 737 Max 8 in the US city of Seattle, according to CMIG Aviation's website. "The 737 Max has built upon our current 737's industry-leading reliability and is providing us with the highest level of air safety for our passengers."

Seattle-based Boeing said in a tweet that it is "aware of reports of an airplane accident and is closely monitoring the situation." US-based engine maker CFM International says it is ready to assist Lion Air, CNBC news reported, citing a company statement.