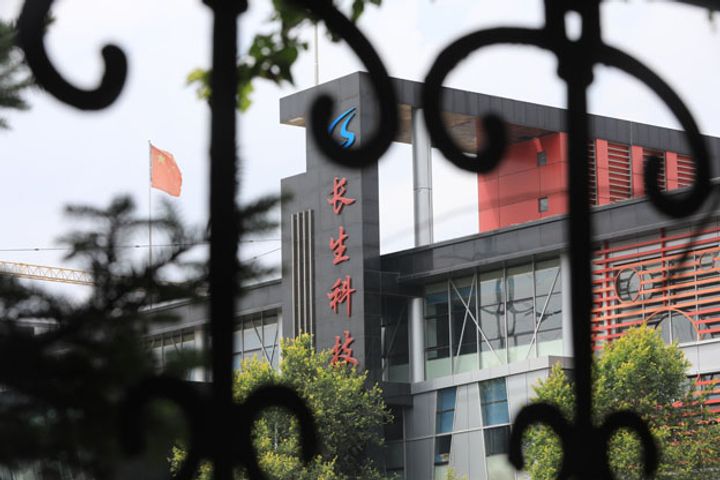 (Yicai Global) July 25 -- Police officers in Changchun, the city that's home to the pharmaceuticals maker accused of having falsified rabies vaccine data, have arrested 15 people suspected of involvement in the scandal that has rocked China.

Among the detained is the chairwoman of Changsheng Bio-Technology, the firm responsible for the outrage, the Changchun Public Security Bureau said on social media yesterday. The city's public prosecutor and its counterpart in neighboring province Shandong are investigating the matter, according to state-owned Xinhua News Agency.

The State Drug Administration revealed on July 15 that it had revoked the company's Good Manufacturing Practice certificate for rabies vaccines after it had falsified production data for the freeze-dried inoculations. Things got worse on July 18, when the local drug regulator concluded a year-long investigation by fining Changsheng CNY3.4 million (USD510,000) for making subpar vaccines to prevent diphtheria, tetanus and pertussis in young children.

The reveal has incensed the nation and its top leaders. President Xi Jinping and Premier Li Keqiang have between them described the incident as "vile" and having crossed a moral line.

As well as vexing the bulk of the world's largest population, Changsheng has shattered investors' faith in the domestic pharmaceuticals industry. The CSI 300 Healthcare Index, which tracks 22 pharma stocks listed in Shanghai and Shenzhen, fell 7 percent from July 15 through July 23. It closed 1.4 percent higher today.