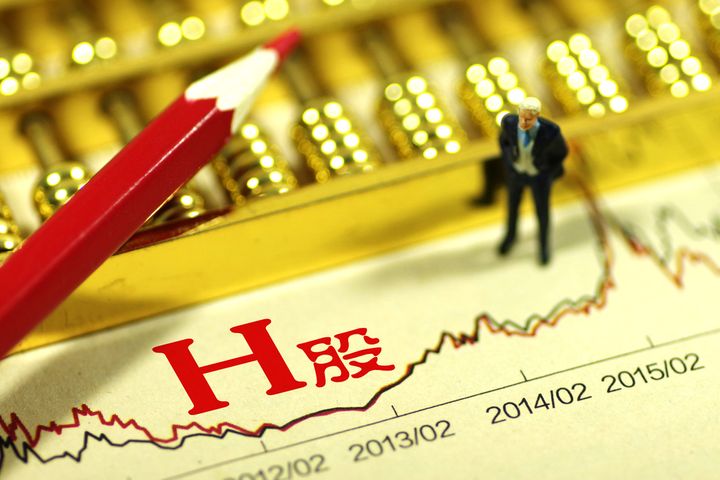 (Yicai Global) May 21 -- China's stock market regulators have toughened criteria in initial public offering review, prompting venture capital and private equity firms to turn to the H-share market in Hong Kong as the preferred investment exit channel. They are advising startups to seek an IPO on the H-share market.

Some startups currently listed on the Chinese mainland's New Third Board, officially known as the National Equities Exchange and Quotations, or NEEQ, are planning to float their shares in Hong Kong and have decided to submit their IPO applications this year, Yicai Global learned.

"Exit is the first thing to consider in investment, and principal preservation is the top priority," several private equity professionals told Yicai Global reporter, adding that for startups that meet the necessary criteria, the H-share market is more convenient and efficient relative to the A-share market. The valuation is also higher than (an exit via) a merger and acquisition on the A-share market, so going forward, they will consider exiting from investment deals by listing target firms on the H-share market, they added.

"We initially planned to sell an NEEQ-listed firm that we invested in to an A-share public company, but we're preparing for a Hong Kong IPO instead after the HKEX [ Hong Kong Exchanges and Clearing Limited] issued the new policy [to encourage listings of new technology companies]," a Shenzhen-based private equity professional told Yicai Global. The original plan was to float the firm on the A-share market, but the plan had to be aborted after the regulators tightened IPO review last year.

The NEEQ entered into a Memorandum of Understanding with HKEX on April 21, allowing NEEQ-listed companies that conform to Hong Kong's listing requirements to apply for an IPO in the city using the 'NEEQ + H share' model. Furthermore, biotech firms who have not passed any main board financial qualification tests may file for stock listings in Hong Kong as "dual-class shares" companies.

In the past, Shenzhen Qianhai Asset Management Co. had two main exit channels, self-sufficient IPO and collaboration with a public company, said the investment firm's Chairman Zhu Heliang, and the latter involved investing in related upstream and downstream businesses and acquisitions by listed companies once the startups grew up. However, changes in policy has blocked the IPO path.

The share offering review board of China Securities Regulatory Commission, CSRC, reviwed 86 IPO applications in the first four months of this year, and 43 were approved, 37 rejected and six companies were put on hold, implying a low pass rate of 50 percent, public information shows.

The CSRC has toughened IPO reviews with a view to improving the quality of public companies at source and tightening market access control, said Gao Li, the spokesperson of the commission, on May 17.

"We will see a peak in investment exits this year and the next," Zhu told Yicai Global. His company has invested in more than 10 environmental protection and intelligent equipment firms and other businesses since 2014.

Following the introduction of the IPO policy for New Economy companies by HKEX, in future Shenzhen Qianhai will consider Hong Kong IPO as a strategy to exit from target companies. One of its NEEQ-listed target companies has already started making preparations for an IPO in Hong Kong later this year, Zhu said.

The new policy has made it easier for the Chinese mainland enterprises to apply for stock listings in Hong Kong, and the average valuation of Hong Kong-traded companies has increased consistently, which, coupled with an efficient listing process, makes the Hong Kong stock market substantially more appealing to the Chinese mainland new economy startups.

By seeking an IPO in Hong Kong, such enterprises will benefit from both the flexibility of the Hong Kong market and high valuation offered by the mainland market, as well as gaining access to mainland investors and global investment funds and refinancing and overseas acquisition opportunities, Zhong Chuangxin, senior vice president of HKEX, suggested at a recent promotion event for the H-share listing policy.

Some HKD2.26 trillion (USD288 billion) worth of capital entered Hong Kong from the Chinese mainland via the Stock Connect mechanism last year, soaring 2 1/2 times on the year, public information shows. The trading volume has reached HKD1.1 trillion in the first quarter of this year, equaling almost half of the full-year number last year. In particular, southbound investment via the Stock Connect mechanism has topped HKD1.1 trillion.

The price-earnings ratios of Hong Kong-listed mainland firms have gone up as investments kept pouring in from the Chinese mainland. Of all the mainland new economy companies listed in the H-share market last year, 10.6 percent of the IPOs were priced at a private equity ratio above 50 times, and 12.13 percent at 30 times to 50 times, public information shows.

The lock-up period for original equity investors in IPO companies is shorter in Hong Kong, with fewer restrictions on share sales, meaning that exit is easier than in the A-share market.

"H shares' valuations are still a bit lower than A-shares, but the PE ratios are definitely higher compared with M&As on the A-share market," Zhu added, suggesting that an H-share IPO is more preferable to an A-share M&A deal in terms of return on investment.