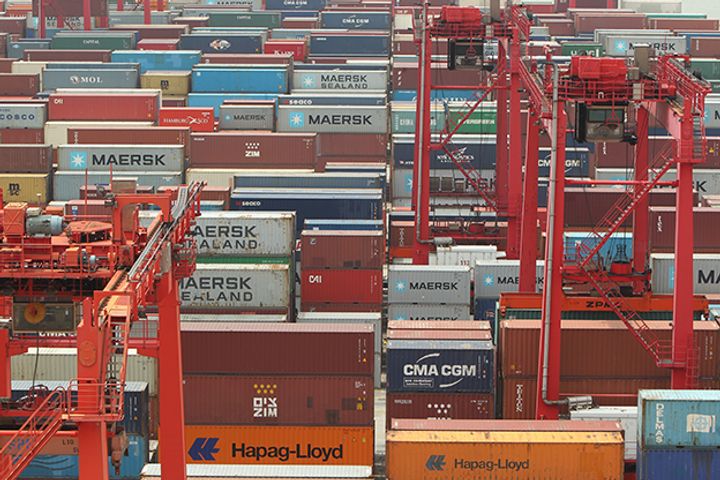 Private enterprises made up 48.6 percent of all exports, 4.2 percentage points higher than the same period last year, according to data from the Ministry of Commerce.

China's imports and exports amounted to CNY4.5 trillion over the period, up 16.7 percent on the year with exports making up CNY2.4 trillion (up 18 percent) and imports CNY2.1 trillion (up 15 percent. The trade surplus shot up 37 percent to CNY362 billion (USD57 billion).

Emerging markets, particularly those along the Belt and Road, saw a rapid rise in trade. Imports and exports with countries along the route rose almost 22 percent to CNY1.26 trillion.

Chinese President Xi Jinping devised the Belt and Road Initiative in 2013. It is a 30- to 40-year grand plan to develop a vast infrastructure and trade routes via land and sea in Asia, Africa and Europe, and countries within its bounds have seen increased investment and trade from China since the scheme began.