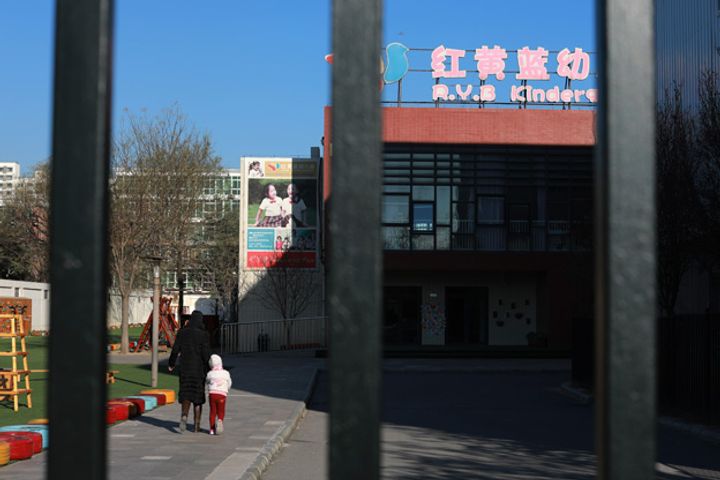 (Yicai Global) May 29 -- Prosecutors have launched public prosecution against a Beijing kindergarten run by RYB Education and a Ctrip day-care center in Shanghai for child abuse.

The Supreme People's Procuratorate said in a press briefing today that under the law, the judicial authorities are required to punish crimes against toddlers and tighten up judicial protection of the children, online news outlet The Paper reported.

After the cases are filed, China's procuratorial bodies will work with authorities to overhaul kindergartens and nurseries, improve their safety management systems and ensure the safety of the children, said Zheng Xinjian, director of the juvenile prosecution department under the Supreme People's Procuratorate.

Since last year, China's procuratorial bodies have prosecuted 231 individuals and issued detention warrants for 181 people for child abuse in kindergartens, showed data from the Supreme People's Procuratorate. They also prosecuted 3,923 people and issued detention warrants for 3,081 individuals for committing crimes against juveniles in primary and secondary schools.

They demanded 102 employees working in some schools and private training agencies, who they said committed crimes against juveniles, be banned from engaging in occupations that require close contact with juveniles.

Last November, dozens of parents reported that their children at the RYB kindergarten in Beijing's Chaoyang District were subjected to mistreatment. The discipline inspection commission of Chaoyang District launched an immediate investigation into some educational officials including Xiao Wen, director of Chaoyang's education commission, and Fu Lin, deputy director of the commission, for lack of supervision over private educational institutions. The People's Procuratorate of Beijing municipality also asked for a former teacher named Liu at the kindergarten to be detained on suspicion of mistreating persons in her care.

In Shanghai, care workers of the Ctrip day care center were accused of abusing children last November after some leaked video clips showed them mistreating toddlers. The People's Procuratorate of Changning district issued detention warrants for five employees of the day care center.

Both cases sparked public outrage in the country.