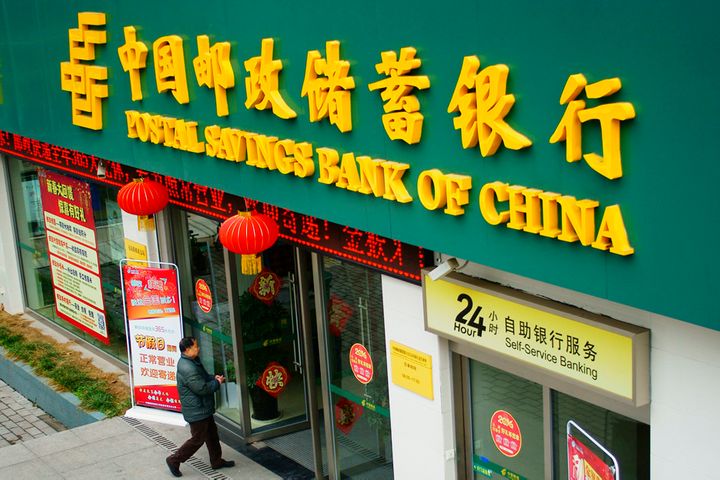 PSBC's IPO Is Set to Be China's Largest This Year

(Yicai Global) Oct. 22 -- The Issuance Appraisal Committee under China Securities Regulatory Commission will examine the initial public offering applications of Postal Savings Bank of China on Oct. 25, the CSRC announced on its website.

PSBC will issue shares of up to 6 percent of its total stock in what is likely to be the largest IPO this year on the Chinese mainland's A-share market of domestic shares, per analysts' calculations.

The bank's listing has drawn great market attention. It submitted its application in June, and this reached the IAC examination phase in a mere four months in a rarity among companies queued up for IPOs. Almost all applications by banks have withstood their examinations, so PSBC's is also highly likely to pass muster.

The company reported CNY10 trillion (USD1.4 trillion) in assets as of June, and CNY37.4 billion (USD5.3 billion) in net profit in the first half, per information it disclosed. It plans to issue up to 5.2 billion A-shares, up to 6 percent of its total stock after the issue. The company will raise CNY28.4 billion from the flotation based on a price of CNY5.49 (USD0.78), analysts said.

PSBC will thus probably surpass the CNY12.5 billion China General Nuclear Power took in, making it the largest this year and the second-largest listing over the past five years after Guotai Junan Securities' CNY30 billion.

The bank successfully went public on the H-share market in 2016, issuing 12.1 billion shares and attracting HKD57.6 billion (USD7.3 billion) in what became the world's largest IPO that year. PSBC will become China's last large state-owned commercial bank to complete both A-share and H-share listings after concluding its A-share offering.