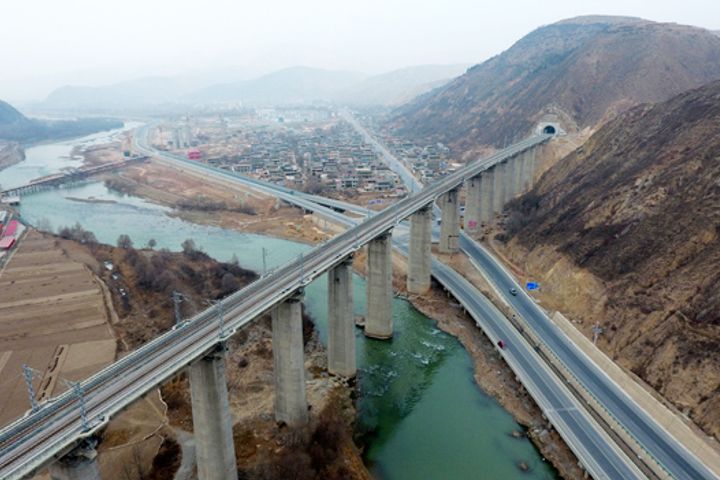 The Lan-Yu railway connects Gansu, Shanxi, Sichuan and Chongqing, covering three provinces and one municipality, with an overall track length of 886km.

The double-track electrified railway provides both passengers and freight service with a top speed of between 160 and 200 kilometers per hour.

The railway shortens the travel distance from Lanzhou to Chongqing from 1453 kilometers to 886 kilometers, while travel time is cut from 21 hours to 12 hours.

Trains traveling from central Europe to Xinjiang province used to make a detour in Chongqing but can now go directly to Lanzhou via the Lan - Yu railway.

The Lan-Yu line also connects to the Qian-Yu railway line, making up one of the country's three key south-to-north lines, along with the Beijing-Guangzhou line and Beijing-Shanghai routes.

The railway's construction was difficult due to the complicated geological conditions found in mountainous areas.