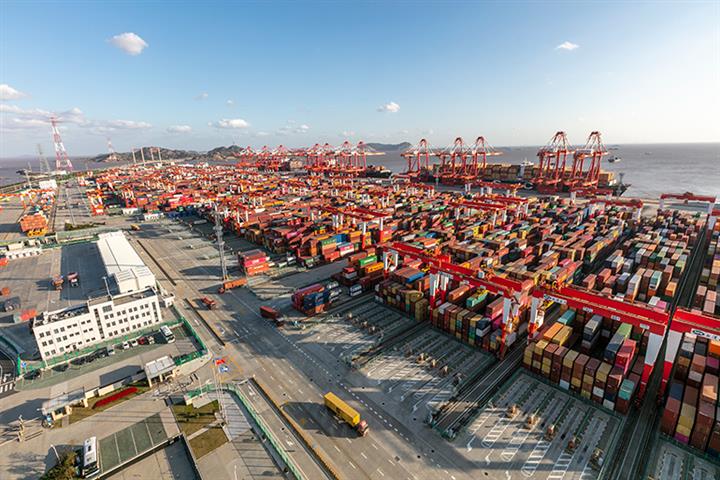 The 10 member states of the Association of Southeast Asian Nations as well as China, Japan, South Korea, Australia and New Zealand, which together account for 30 percent of the world’s gross domestic product, promised better access to each other’s markets and made much bigger commitments in the financial and telecommunications sectors, it said.

Once the agreement comes into force, over 90 percent of goods traded in the region will have zero tariffs within the next decade, the ministry said. This makes it possible for the open trading bloc to realize the liberalization of trade in goods in a relatively short period of time.

China opened up its trade in services sector to the highest degree of all existing free trade agreements, the ministry said. It added 22 sectors, including research and development, management consulting, manufacturing-related services and air freight, on top of nearly 100 that China promised when the country joined the World Trade Organization in 2001.

The world’s second-largest economy also stepped up its commitment level in 37 sectors including finance, law, construction and maritime transport. Likewise, other members agreed to grant greater access to fields that China is focused on, such as construction, health care, real estate, finance and transport.

China opened up its financial sector significantly. For the first time, it introduced new financial services, self-regulatory organizations and rules for the transfer and processing of financial information. It committed to a high level of transparency in its financial regulatory operations. These rules will not only help Chinese finance companies expand overseas but will also attract more foreign financial institutions to China, injecting vitality into the domestic capital markets.

All 15 RCEP members pledged to pare back their negative lists, which restrict foreign investment in certain sectors, to open up investment in the five non-service sectors of manufacturing, agriculture, forestry, fisheries and mining.

It is the first time that China has made commitments regarding a negative list under a FTA and this will greatly increase market access by foreign capital.

The RCEP extended its movement of natural persons agenda to include investors, accompanying spouses and family members and not just service providers. They will be granted a period of residence, be able to enjoy visa facilitation and be permitted to conduct trade and investment activities on meeting certain conditions.

Visas are a key challenge to recruiting top talent from around the world, the head of a top research institution told Yicai Global. He hopes that the RCEP, and a subsequent China-Japan-South Korea FTA, can come into effect soon to facilitate the flow of top talent between member countries.

Agreements were also reached regarding the mutual recognition of professional qualifications.