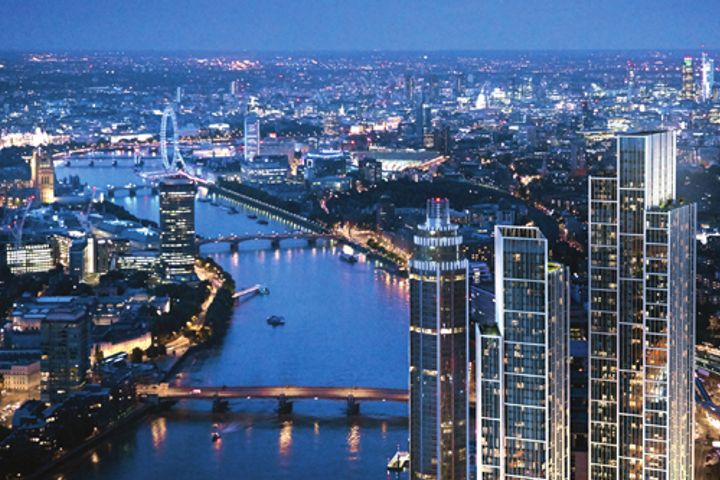 The site lies in London's heart, near Buckingham Palace and the London Eye. A mixed-use twin tower skyscraper that includes residences, apartments and a hotel, it is slated for completion next year.

Wanda Group unit Wanda Hotel Development Co. [HK:0169] will sell a 60 percent stake in Wanda One Nine Elms for GBP36 million, with the remaining 40 percent of holdings owned by Wanda Commercial Properties (Hong Kong) Co., another Wanda Group unit. The buyer meanwhile has agreed to repay about USD160 million of debt to Wanda Hotel Development on behalf of the London project company, with the aggregate amount totaling GBP195 million. The statement did not disclose the buyer's identity.

The London project's sale will enhance Wanda Group's liquidity and financial position. Net proceeds will go to repay the loan and interest to Wanda Hong Kong while funding operations and the company's property development projects, per the statement.

Wanda plans to sell five overseas projects in the UK, the US and Australia in a USD5 billion package that includes the London skyscraper, Vista Tower in Chicago, Illinois and One Beverly Hills in Los Angeles, California in the US, and two projects in Sydney, Australia. A final buyer has not yet stepped forth as the deal is still in talks, Hong Kong's South China Morning Post reported today.

The London project sold by Wanda is among them.

R&F Properties plied two earlier transactions with Wanda Group. In one, it acquired the assets of Wanda's 73 hotels for CNY19 billion (USD3 billion). In the other, it and CC Land Holdings Ltd. [HK:1224] took over the land in London's Nine Elms Square that Wanda Group had previously sought to buy for CNY4 billion.