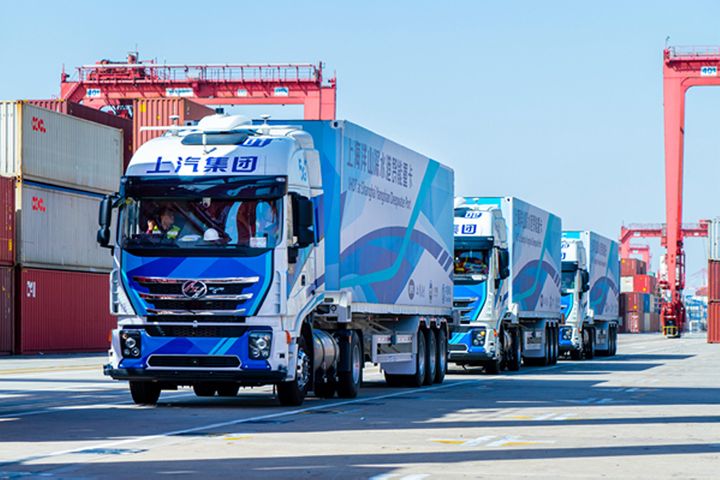 (Yicai Global) Nov. 11 -- A self-driving truck designed by SAIC Motor, Shanghai International Port Group and China Mobile has become the first autonomous vehicle in the world to successfully load and unload storage containers at a dock.

The truck, which meets SAE's level four autonomy standards, completed the task at Yangshan Port in Shanghai, the world's busiest container port, the three companies announced together over the weekend. The 5G-equipped vehicle traveled a total 27 kilometers over roads, highways and dockyards and through heavy night traffic.

Using the truck will raise the port machinery's single-point operation efficiency by 10 percent and carbon emissions by 30 percent, the statement added, saying it will also completely clear congestion on the Donghai Bridge.

The trio hope that the trucks can make the port, which suffers the logistical difficulty of being based on an island in the East China Sea, more efficient and competitive. They plan to start running autonomous operations on a small scale in day-to-day freight transport next year, before expanding over the next three to five years.