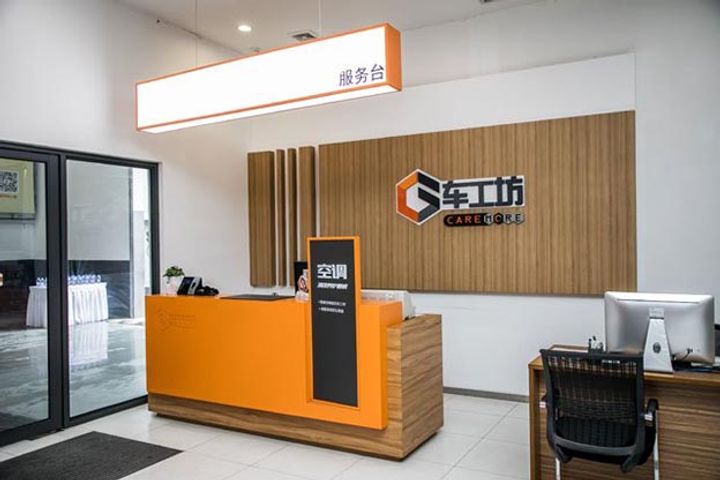 (Yicai Global) June 1 -- SAIC General Motors, the joint venture responsible for Chevrolet, Buick, and Cadillac brands in China, has set up a new aftersales unit as part of efforts to tap increasing demand in the country's services sector.

The Shanghai-based firm has rolled out Caremore-SGM, which will outsource some services to independent firms to provide customers with a more streamlined and convenient service, Shi Hong, deputy general manager at SAIC-GM, told Yicai Global.

"If you go to traditional aftersales locations, you will find the staff is very busy because services offered are too extensive," Shi said. "However, some services can be taken out and allocated to independent after-sales service companies, making after-sales services at our locations more refined."

Demand for automobile services in China is on the rise, in step with growing car ownership. The output value of China's auto aftermarket reached some CNY1 trillion (USD160 billion) in 2017, and it is expected to reach CNY1.6 trillion in 2020, official data from the State Information Center, with an average annual growth of 16%.

Compared with the large and comprehensive traditional service centers, smaller firms can be more flexible and deal with insurance claims faster, representing a unique market for growth and development.

Compared with the traditional automobile distribution mode, Caremore-SGM is more lightweight. In urban areas, it mainly focuses on general repair shops and community-based fast insurance claim shops to reduce store and capital costs. It only builds fully-functional outlets in non-urban areas to provide comprehensive maintenance, new automobile exhibition, and sales. However, compared with traditional shops, floor space and investment values are much lower.

In terms of business model, Caremore-SGM aims to make itself complementary to the service system of traditional locations. The unit's locations will boast an extended geographical service range compared to traditional shops, serving more communities and consumers.

"We encourage traditional dealers to join Caremore-SGM", said Shi. SAIC-GM hopes that the flexible new sales system can, in turn, push traditional outlets to improve and upgrade their services.

The automobile aftermarket is not easy to exploit. For an independent after-sales service chain brand, the main competitors are actually not traditional shops, but also roadside repair shops.

The launch of Caremore-SGM has been in the works for around two years, with the firm slowly deploying its network and the developing of an internal service system. The brand has opened nearly 500 shops across 167 cities in 29 provinces across the country, with member numbers exceeding 200,000, Shi said. Service operators are expected to surpass 1,000 by the end of this year.

For SAIC-GM, the goal of developing Caremore-SGM is not merely to compete more effectively in the aftersales market. The firm will use the brand as starting point to explore more profit points and opportunities in the industry chain. The company will leverage the quick repair and the fast insurance claim service to provide more services including parts, finance, and warranty extension.