Samsung Claws Back to Over 1% China Handset Market Share After Slipping for Four Quarters
Dou Shicong
DATE:  May 07 2019
/ SOURCE:  yicai 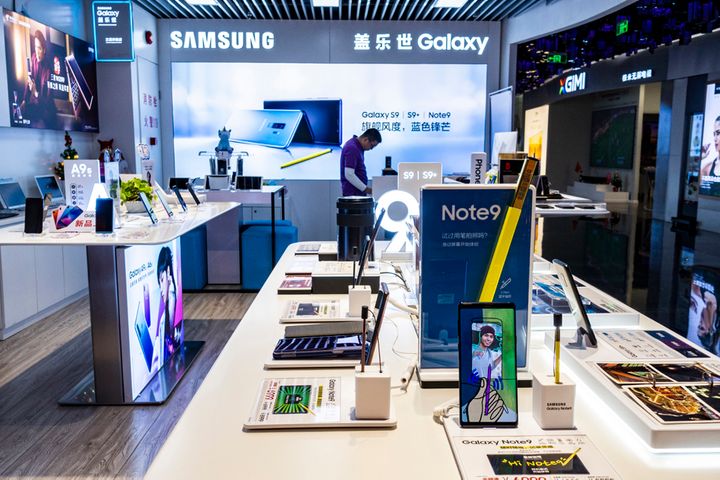 This represents a more than 1 percent rebound after a losing rear-guard action against ever more vigorous domestic competitors over the last four quarters, statistics from New York-based research firm Strategy Analytics show.

The forceful rise of the local rivals has stripped the Seoul, South Korea-based electronics giant of much of its market share in recent years. It boasted 4.9 percent in 2016. This figure plummeted to 2.1 percent in 2017 and to 0.8 percent last year, state media National Business Daily reported. Samsung now greatly trails market leaders Huawei, Guangdong OPPO Mobile Telecommunications, Vivo Communication Technology, the US-based Apple and Xiaomi, per the report.

Its Galaxy S10 and S10+ models have hoisted Samsung back up this year in China, data from electronics e-commerce platform company Suning.Com show. Pre-sales of the S10 were more than three times those of its predecessor the S9 and equaled in two hours what the S9 took two days to ring up.

Samsung stayed front-runner last year worldwide with 293.3 million units shipped, but this number was down 8 percent from the year before, whereas its rival Huawei's deliveries went up 33.6 to 206 million to narrow the gap with Samsung and number two Apple, data from Framingham, Massachusetts-based market analyst firm IDC shows.

The company has opted for the strategy of forgoing revenue to maintain its sales momentum to counter Huawei's onslaught, insiders noted, China Economic Times reported.

Thus, the new Galaxy 4A series, which comes equipped with high and mid-level new technology components, sells for between CNY1,000 and CNY3,000 and the brand is also bringing out a Galaxy M range tagged at under CNY1,000.