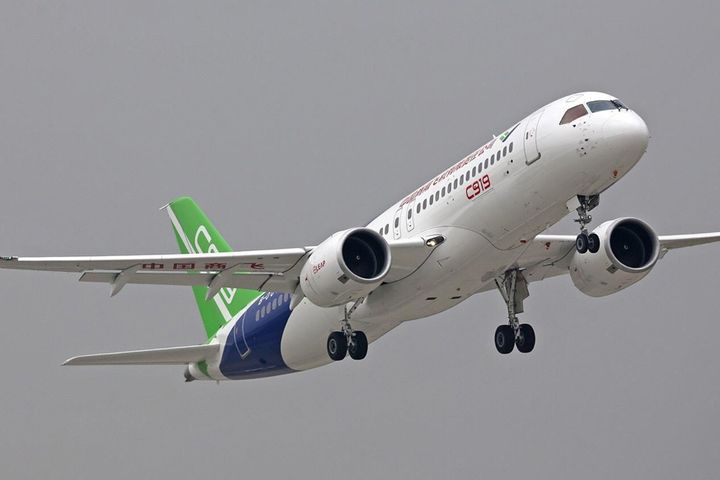 (Yicai Global) July 27 -- A second Chinese-made C919 plane will undergo onboard function inspections, and is expected to make its maiden flight in the fourth quarter of this year, said Commercial Aircraft Corporation of China Ltd. (COMAC), the airplane's manufacturer.

The C919 needs to carry out 729 tests, which are set to take 4,200 hours and 2,272 flights to complete, Chinanews.com reported. COMAC plans to use six test aircrafts for specific tasks, and the second one is being used to test engine performance, said You Liyan, director of COMAC test flight center's engineering department.

The first C919 finished its initial flight in Shanghai on May 5. The Shanghai-based aerospace firm said that 24 groups have ordered 600 of them.

The C919 is a large jet that was independently developed in China in line with international civil aviation regulations and has proprietary intellectual property rights. The project was initiated in 2007 and development began in 2008. The first C919 was assembled in November 2015.