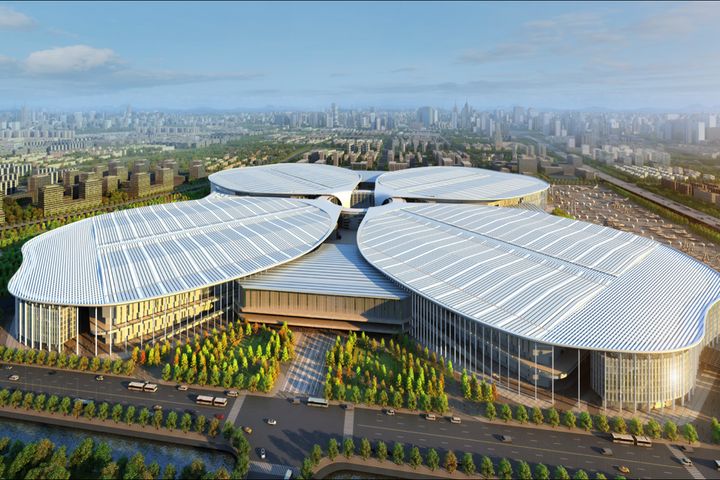 (Yicai Global) Nov. 9 -- The 2nd China International Import Expo ushered in 227,000 visitors on the second day after opening on Tuesday, the largest passenger flow on a daily basis and 25 percent moreover that of last year, according to Liu Fuxue, deputy director of the CIIE bureau.

Over 1,200 exhibitors and 2,600 buyers have conducted several rounds of "one on one" match-making negotiations and reached more than 1,000 agreements, Liu told a press conference today.

The 2nd CIIE is of a higher level, more professional and is more accurate in match-making sessions, according to exhibitors. More than 100 high-level delegations from various levels of government departments, state-owned enterprises, large private enterprises and overseas buyers have visited the enterprise exhibition. And, thousands of visitors have experienced outdoor self-driving and ice skating activities.

Pavilion 5.2, where the exhibition is located, is also quite popular, with nearly 100 domestic and foreign delegations showing up.

More than 1,000 European enterprises are participating in the 2nd CIIE, with an exhibition area of more than 120,000 square meters, 25 percent more than that of the first expo, and the second-largest behind Asia companies.