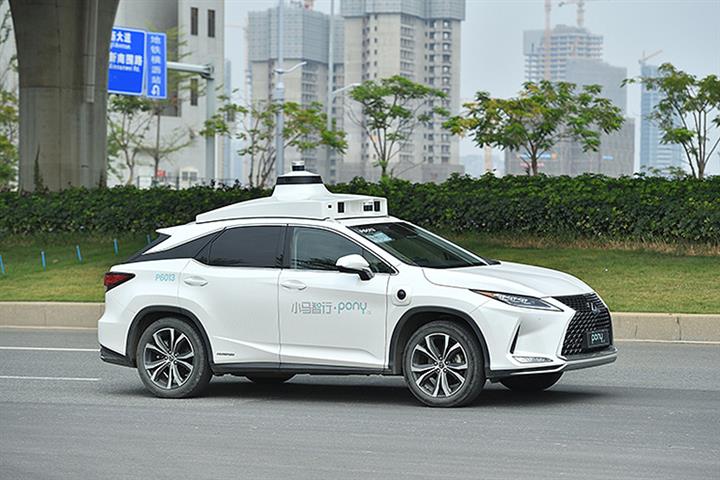 (Yicai Global) April 25 -- Pony.ai will launch a fare-charging driverless taxi service in the southern city of Guangzhou after becoming the first Chinese autonomous driving firm to be granted a taxi license, a huge milestone in the commercialization of self-driving technologies.

Pony.ai will put 100 robotaxis on the roads in Guangzhou’s Nansha district from next month, that will operate from 8:30 a.m. to 10:30 p.m. each day, the Guangzhou and Silicon Valley-based company said yesterday. Fares will be charged in line with the city’s normal taxi standards.

The cars will drive themselves but for now they will still have a human driver behind the wheel to take over if necessary, it added. The autos will continue to run the routes of its existing pilot services from one fixed location to another across the 182-kilometer-square district, it added.

The new permit means that the unmanned vehicles are formally included within the country’s unified taxi management system. Last November, the company won approval to start a trial paid driverless taxi service in Beijing. The plan is to eventually expand these services nationwide, it said.

Founded in 2016, Pony.ai is one of the world’s fastest-growing firms focused on self-driving technologies in both passenger vehicles and trucks. The company has completed more than 700,000 orders through its WeChat mini-program PonyPilot+ since the launch of its ride-hailing service in December 2018.