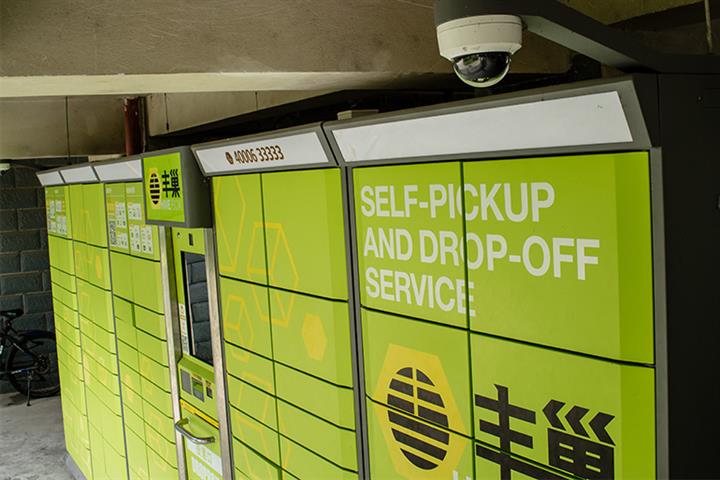 (Yicai Global) May 6 -- SF Holding-backed Hive Box plans to take over rival Sudiyi, run by China’s postal service, in a deal that will give it a monopoly on self-service smart lockers in the country.

Hive Box uses Internet of Things technology to supply smart lockers in tandem with SF Holding's unit SF Express’ courier services, allowing for parcels to be deposited in a secure container for the buyer to pick up later. People do not need to hang around waiting for deliveries. Last year, over 10 percent of deliveries were made to smart lockers, according to the State Post Bureau.

Hive Box runs the largest express locker system in the world, according to its website. As of the end of last year, it installed 170,000 lockers nationwide while China Post had 94,000, according to public data. The take-over will give Hive Box a monopoly on the sector with 65 percent market share.

To enlarge and strengthen the smart locker sector, SF Holding, China’s leading private courier, will continue to integrate high-quality resources and seek out the best end-user locations, it said.

Shenzhen-based Hive Box recently came under public fire for a controversial policy of charging locker users penalty fees if they fail to collect packages within a certain number of hours. Users have complained about being charged CNY0.50 (USD0.07) an hour after their parcel is kept in a locker for more than 12 hours.

It amounts to paying for the same service twice, some users pointed out. They have already paid delivery fees when placing an order. If their parcels are put into a locker without advance notice and they are then charged for late collection, that is a duplicate charge, they said.

The fee is mainly to encourage users to collect their parcels on time, Hive Box said.

Some customers are turning to other service providers, requesting couriers to put their parcels in Cainiao Yichan’s lockers, which are run by Alibaba Group Holding’s logistics firm Cainiao Smart Logistics Network. Others are simply refusing the service.

Hive Box narrowed its net loss to CNY245 million (USD34.5 million) in the first three months of this year from CNY781 million a year earlier, according to SF Holding’s data. Sudiyi was CNY159 million in the red in the quarter, which was also better than its CNY517 million loss in the same period of last year.