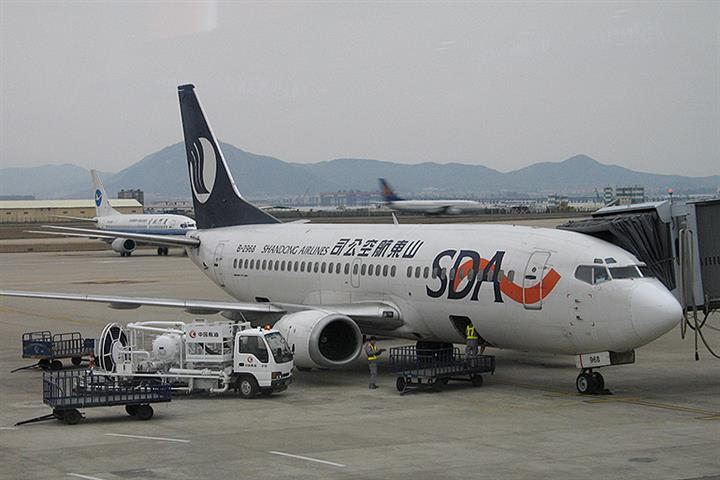 (Yicai Global) June 9 -- Shandong Airlines will ask China Development Bank, one of the country’s policy banks, to give it an emergency loan worth as much as CNY2.6 billion (USD407 million) after the regional carrier ran up big losses as a result of the global pandemic.

Shandong Airlines plans to use the one-year loan for operating expenses, the Jinan-based company said in a statement yesterday, adding that it will not involve a mortgage nor pledged stock or assets. The interest rate, guarantee type and repayment method will be subject to final contract.

Except for China Express Airlines, which received a CNY638 million government subsidy, all the other 11 listed airline operators were in the red. Some small regional carriers such as Heilongjiang province’s Longjiang Airlines and Yunnan province’s Ruilin Airlines have even changed hands because of the pandemic.