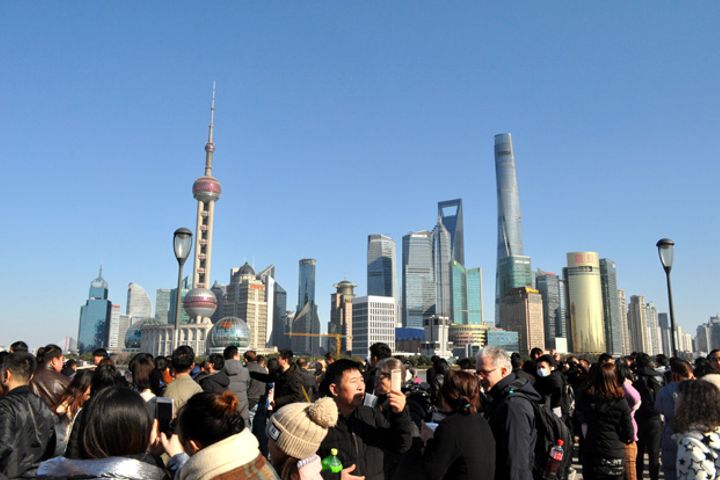 (Yicai Global) March 14 -- Shanghai hopes to bring in 10 million foreign tourists next year as it looks to compete with the rest of the world's biggest cities, according to its mayor.

All of the overseas cities above had more than 10 million inbound tourists last year, with some closing in on 20 million, Zong said, adding that Shanghai still has a way to go to meet its goal as "growth is not easy."

He wants the city to upgrade the area around Huangpu River, building a waterfront tourism and leisure project and adding a high-speed rail route connecting major cities along the Yangtze River Delta.

The local government will also look at expanding its 15-day visa-free policy to include travelers from more foreign countries and improve its filing system for 144-hour transit visas to allow for self-service customs clearance by foreigners, added Yu Xiufen, director of the Shanghai Municipal Bureau of Culture and Tourism.