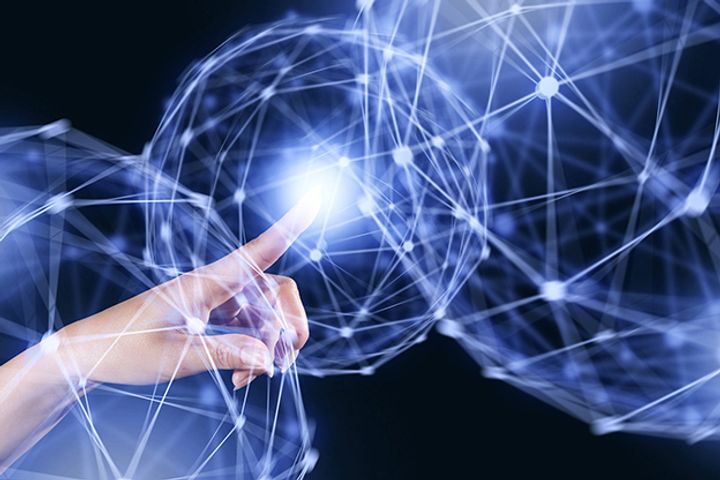 (Yicai Global) March 26 -- The municipal government in Shanghai aims to transform the eastern Chinese city into a hub for science and technology innovation with a focus on integrated circuits, artificial intelligence and biomedicine along with other cutting-edge sectors.

Local authorities will strengthen resource integration, gathering together talent and build a world-class newly-emerging industrial cluster as part of efforts to meet the goal, according to a government statement.

Shanghai will establish basic frameworks in the next year for the hub, which will be fundamentally built into an international center for economy, finance, trade and shipping, as well as a modern socialist city and global metropolis, according to previous planning documents.

The fifth session of Shanghai's leading group for promoting the construction of the hub was held yesterday. The city should rapidly boost the modern engineering of cutting-edge and disruptive technologies to make new breakthroughs, the statement said, adding that it will also promote the construction of Zhangjiang Comprehensive National Science Center.

Shanghai actually started the building the sci-tech innovation center a long time ago. The municipal government issued a program document last year stating that Shanghai will spare no efforts in building two world-class industry clusters based around information and automobiles. It will also actively cultivate four other world-class centers related to civil aviation, biomedicine, high-end equipment and sustainable chemistry, the document added.

Zhangjiang industrial park is home to integrated circuits, AI, biomedicine and other advantageous sectors, which act as significant engines for Shanghai's development in terms of innovation and core vehicles for the establishment of a sci-tech innovation hub with global influences.

As one of the developers of Zhangjiang science city, Zhangjiang Group is promoting and accelerating the integration of AI, Big Data, cloud computing, blockchain, virtual reality and augmented reality as well as other digital sector-related projects, to form an AI industry cluster in Zhangjiang, Yuan Tao, chairman of the board at Zhanjiang Group, told Yicai Global. It will expand its technologies and applications to the entire science city to facilitate crossovers in the AI, biomedicine, integrated circuit fields as well as others.

"In addition, we will accelerate the development and building of an industrial park for high-end manufacturing in Pudong district's Xinchang township and continue to boost capabilities in industrial innovation," Yuan added.

With the prioritization of the integration of regions in Yangtze River Delta as a national strategy, this area is also optimizing its industrial positioning with the aim of building a world-class industry cluster.

Shanghai's universities, scientific research institutes and the city's industrial infrastructure serve as strong foundations in terms of the industrial linkage with the Yangtze River Delta, Wang Yanfeng, the deputy head at Shanghai Jiao Tong University's AI institute, told Yicai Global. The university has set up an AI institute jointly with local governments from the nearby cities of Suzhou and Ningbo, selecting different fields to focus on based on the features of their industries, he said, adding that the Shanghai institute serves as a headquarter and conducts fundamental research to facilitate the whole sector's growth.

Three eastern provinces of Jiangsu, Zhejiang and Anhui, as well as Shanghai, are strengthening their abilities to collaborate in terms of funding and platforms. Efforts to set up the CNY100 billion (USD14.9 billion) Yangtze River Delta Collaborative Advantage Industry Fund progressed at the turn of the year with the closure of the first round in late December.

This fund will accelerate the deepening of integration between industrial chains in the delta region by focusing on investment in key technologies and other fields. The fund is led by Shanghai International Group and was jointly sponsored by state-owned enterprises, financial institutions and social capital from Shanghai, Jiangsu, Zhejiang and Anhui provinces.