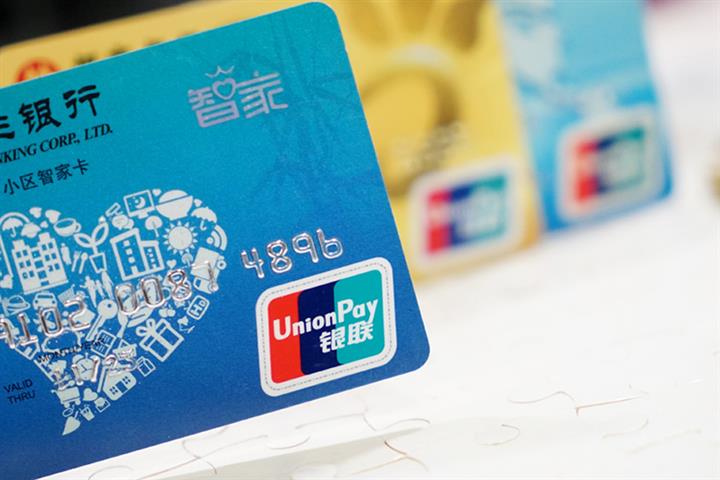 (Yicai Global) June 13 -- Payment card network China UnionPay and credit card issuers in Shanghai have cut the fees merchants are charged and have subsidized consumers to the tune of nearly CNY500 million (USD74.6 million) since March in an effort to spur the economic recovery.

During Shanghai’s Covid-19 outbreak, Agricultural Bank of China and UnionPay cut the service fees of retailers, restaurants, and travel-related vendors in the city that use UnionPay QR codes to collect payments. For single transactions under CNY500 (USD74.50), merchants do not need to pay a fee, while they pay a discounted charge for those above CNY500, Yicai Global learned from the Shanghai office of the China Banking and Insurance Regulatory Commission.

Shanghai-based UnionPay also joined hands with commercial banks to implement preferential pricing for bank card payments and lower fees for inter-bank transfers made by corporations. The measures will run until 2024.

Agricultural Bank of China also struck a deal with e-commerce vendors to carry out marketing activities and award cash subsidies to online shoppers. As of May 27, the events had attracted more than three million consumers, with the subsidies totaling CNY50 million (USD7.4 million).

Furthermore, lenders have been giving a helping hand to the auto market. In the first five months of the year, China Merchants Bank and China Construction Bank issued CNY5.2 billion (USD780 million) and CNY3.6 billion of credit respectively to buyers of new energy cars.

China Construction Bank has been offering interest rate cuts of up to 25 percent, according to the local interest rate standards for buying autos in installments, and the possibility for buyers to acquire second-hand vehicles with hire purchase.