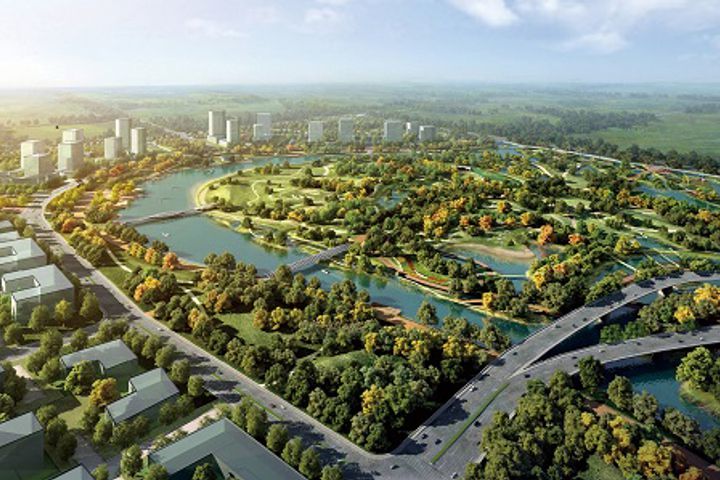 Shanghai's 'Beauty Valley' Is Set to Go Global, Show Competition Need Not Be a Zero-Sum Game

(Yicai Global) Oct. 11 -- Fengxian district on Shanghai's southern outskirts is poised to position itself as a mirror and a complement to Paris' renowned 'Vallee de la Cosmetique.'

Fengxian's new mayor, Zhuang Mudi, has a bold vision to turn his district into a world-class center for health and beauty products to both compete and cooperate with its Parisian counterpart in a relationship he sees as a win-win exchange.

Zhuang Mudi has served as Fengxian district's party secretary and mayor for more than one year now, and his bailiwick has undergone sea changes during this tenure. "We have built up an advantageous industry foundation and effected a total makeover of the area's appearance, while staying focused on cultivating a human talent ecosystem," Zhuang told Yicai Global.

The confluence of state support for industry, an established municipal brand, a global innovation culture, the city's bearing capacity, and the formation of Fengxian's own unique sense of identity and its ability to realize open, innovative development goals was instrumental in his decision to transform the district into a hub celebrating the human aesthetic. Development has been underway in Beauty Valley for a mere two to three years, Zhuang said.

The zone currently both imports and exports health and beauty products, and more than 10 foreign companies have set up affiliates in it. The master plan sets out a competitive-cooperative relationship with Paris, aims to achieve interoperability with it, fully integrates with and takes advantage of the premium the One Belt, One Road initiative offers, and makes full use of the human talent so abundant in the Yangtze Delta region, and Shanghai with its strong industrial base to pioneer the zone's domestic and foreign markets. It may also pioneer a new business paradigm in the process.