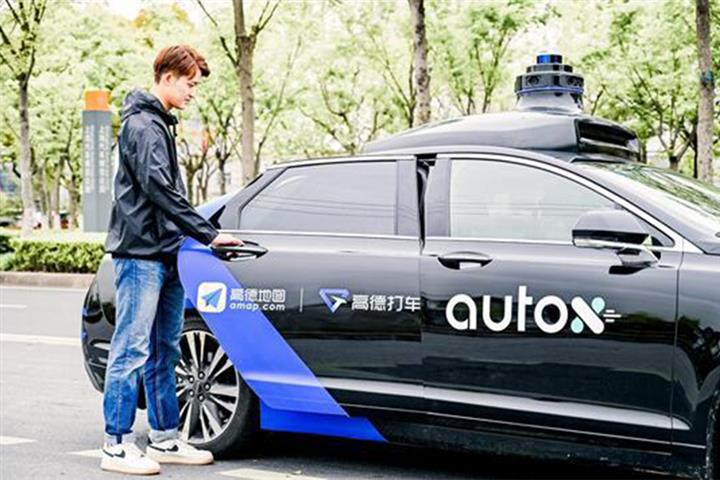 Shanghai is the first stop for the cooperation, and more cities will join later, founder and Chief Executive Xiao Jianxiong told Yicai Global, adding that AutoX has built a large big data center for driverless vehicle operations in the city.

Thirty driverless cars are available in the first phase, and the figure will eventually expand to 100, Xiao said. After registering, booking one is the same as calling a regular taxi on a ride-sharing platform, with the user hailing a cab via AutoNavi's map app.

Each taxi can run at 80 kilometers an hour on non-highway sections, close to human driving speed. It can also plan the best route, navigate roads, and give passengers real-time information on road conditions and driving, AutoX said. Pick-up points are in areas designated by the Shanghai government for autonomous driving.

Residents of Changsha in Hunan province started being able to order Baidu’s Robotaxi last week, according to media reports.

Current order-taking for AutoX’s service involves humans and machines, Xiao said. Human intervention is not required in driverless cars, but regulations call for a safety supervisor to be onboard each vehicle in the first phase of use on the roads.

Cost is one of the factors constraining the expansion of driverless vehicle operations, Xiao said, without specifying the cost. The core problem is to make the technology stable enough to have the confidence to get rid of safety supervisors and make autonomous cars truly driverless.