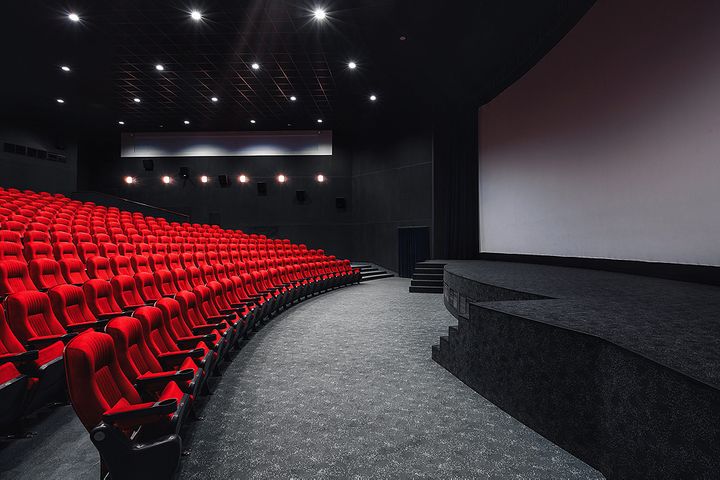 (Yicai Global) March 20 -- Movie theaters in Shanghai are getting ready to resume business as more and more of the city's cultural and entertainment venues begin to re-open amid slowing spread of Covid-19 throughout the country.

Cinemas should measure the temperature of workers and visitors when they re-open, allow at least 20 minutes between screenings and stagger seating arrangements, Jiefang Daily reported yesterday, citing guidelines recently published by the Chinese industry association for film distribution and projection. It is still unknown when the movie theaters will re-open.

The guidelines prescribe strict disinfection measures, such as requiring enhanced ventilation and disinfectant to be sprayed at least twice a day. Cinemas should also clean key areas, such as ticket and vending machines, seats and restrooms, at least five times a day, according to the recommendations.

Movie theaters should also advise visitors who own their own three-dimensional glasses to bring them and professionally disinfectant those the cinema lends out.

Beijing Film Distribution, a unit under China Film Group, said on March 17 that it planned to deliver hard copies of American Dreams in China, Wolf Totem, Wolf Warrior 2, The Wandering Earth and Capernaum to cinemas across the country for free, hoping non-profit screenings or low-priced tickets would spur public interest in returning to movie theaters.

Warner Bros also announced yesterday that it would send out a re-mastered 4K, 3D version of Harry Potter and The Sorcerer's Stone to Chinese cinemas for free, and media reports suggest more could be on the way.