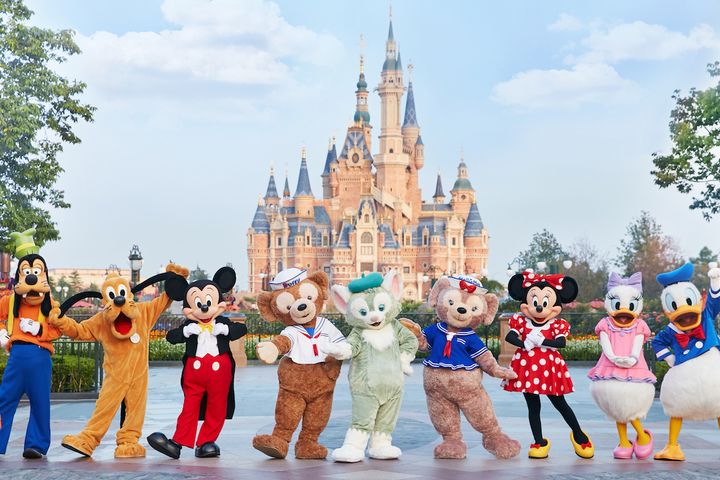 (Yicai Global) Jan. 23 -- Shanghai Disneyland plans to expand its theme park with characters from The Walt Disney Company's popular animated film Zootopia as it looks to strengthen its intellectual property portfolio in China and build on its better-than-expected success to date.

The project will start later this year, the resort said in a statement today, adding that the theme park will recruit more employees to work alongside the already 12,000 strong cast. It did not disclose specific details about the expansion, just a few concept images.

The Shanghai resort turned a profit in its first full operating fiscal year, defying expectations. It put the success down to an impressive visitor count and sales of its animated figures and IP derivatives. The park is known to have as many as 50,000 guests wandering its pavements at any given moment, and that can as much as double during holiday season.

"Shanghai Disneyland has rapidly become one of the fastest growing Disney parks and has been key to the development of the Shanghai International Resort as one of the most visited leisure destinations in the country," said Yang Jinsong, chairman of Disney's Chinese joint venture partner for the park, Shanghai Shendi Group. "This new expansion will provide our guests with an even richer selection of offerings, and will further boost our market competitiveness."

The new facility will be the first in any Disney park worldwide to be based on Zootopia, which has been China's best animated film to date since raking in USD235 million at China's box office in 2016. The expansion will be Shanghai Disney's eighth themed zone. It first expanded with an area celebrating Disney Pixar's Toy Story.